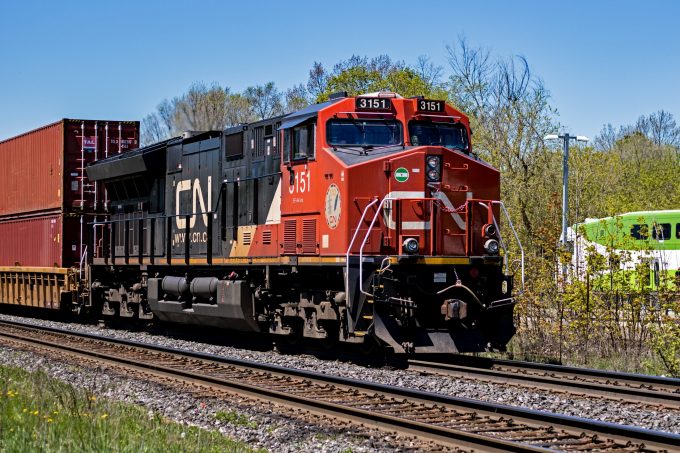 About 750 signals and communications workers at Canadian National Rail (CN) went on strike on Saturday, after the International Brotherhood of Electrical Workers and CN management failed to reach agreement in contract negotiations.

According to CN, the unresolved issues are primarily about wages and benefits.

Management has implemented a contingency plan, saying this would allow it to operate at a level of safe operations across its network as long as required, but the union has challenged that view.

The workers on strike maintain and repair trackside electrical and signalling equipment that regulates the movement and speed of trains, and the Canadian rail network has been under strain from heavy volumes of imports, particularly on the west coast.

CN has offered to resolve the differences through binding arbitration.

However, south of the Canada-US border, a contract dispute between rail carriers and about 115,000 unionised employees has moved beyond the possibility of binding arbitration.

After more than two years of talks, the National Mediation Board, which stepped in earlier this year to facilitate a breakthrough, called a stalemate and offered binding arbitration, which was rejected by the Coordinated Bargaining Coalition, which represents ten rail labour unions.

The labour representatives reasoned that this would not allow rank-and-file union members to vote on labour contracts.

Talks over a new contract commenced in January 2020 but made no progress, according to the unions. With their contract frozen in 2019, workers have seen their purchasing power eroded by inflation.

The National Carriers Conference Committee, which represents the Class I railways, offered advance payments of $600 a month on top of wages to union members, which would have been deducted from any retroactive lump sum or pay increase the two sides could agree upon. But the unions rejected this offer as “a bargaining ploy”.

They argued that, while inflation was hurting their members’ financial situation, wages were not the only issue of contention. Benefits are another sticking point, with the union accusing employers of seeking to increase health expenses that would effectively negate wage increases.

While the employers have indicated a willingness to negotiate the benefits aspect, they are opposed to union demands to include work rules in the discussion, arguing that these could be dealt with separately.

The unions have been adamant in their opposition to plans to shift operations to one-person locomotive crews, which is favoured by the Class I carriers.

Moreover, there is anger on the union side about crew attendance policies the rail companies implemented without negotiation. Unions have argued that their members are exhausted from high workloads, exacerbated by job cuts and other cost-cutting measures employers have implemented over years.

This has been echoed by Martin Oberman, chairman of the US Surface Transportation Board. In hearings in April to address poor service levels of the rail carriers, he accused them of operating with “bare bones” work forces after shedding 45,000 staff over six years.

With arbitration rejected by the unions, the next step is expected to come from the White House. During the current 30-day cooling-off period, President Biden has authority to appoint a board to investigate the dispute and recommend actions to settle it. This board would have 30 days to conduct hearings and issue a report, during which time, and for 30 days after the report, work stoppages would not be allowed.

If the board’s recommendations were not taken up by the employer and union representatives, Congress could intervene. It has done so in the past.

Given the precarious state of US logistics infrastructure and problems with the rail network, work stoppages would likely have severe repercussions for supply chains, leading to widespread congestion and delays. Importers will hope this can be avoided or, in the worst case, curtailed.

In March, the contract dispute between Canadian Pacific Rail and labour unions led to a stoppage. It was lifted after two days, with both sides agreeing to binding arbitration.