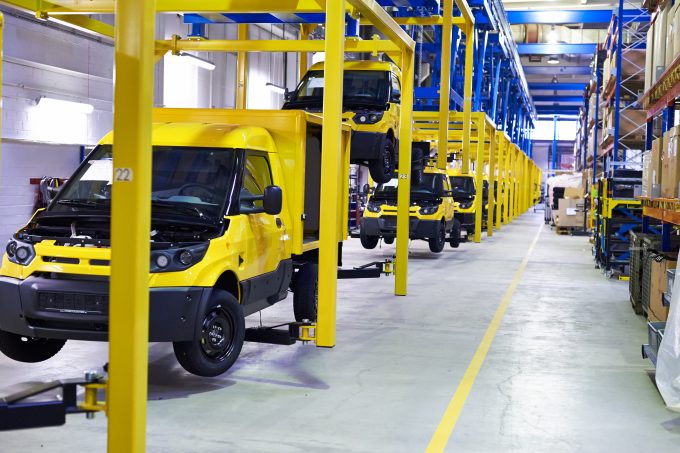 Deutsche Post-DHL is ramping up production of its StreetScooter subsidiary as it looks to roll out more than 20,000 of the “e-vehicles” a year.

The logistics giant has confirmed a second, 78,000 sq metre, facility capable of producing 10,000 vehicles a year will be built in Duren and commence operations in the second quarter next year.

And the company has not ruled out further expansion, if the facility – to be staffed by some 250 people – increases to run on two- or three-shift patterns.

“In addition, our industry focus and flexible manufacturing methods have put us in a position to produce electric vehicles customised for [all types of] customer,” he added.

StreetScooter’s latest model has a range of 124 miles, and a top speed of 75 mph, with DHL noting that both it and a number of third-party customers are looking for increased range.

The company has also begun a two-year project to test its Work L model – the first equipped with fuel cell drives, with a range of 310 miles.

While StreetScooter is a wholly-owned subsidiary of Deutsche-Post DHL, the vehicle will not be solely developed for the German operator, third-party sales are a key reason for the expansion.

A dedicated bakery vehicle has already been developed after calls from around 200 small businesses for a cost-effective electric vehicle, with more than 100 advance orders placed.

Talks are also underway with others, including energy providers, waste disposal companies, municipalities and airports, facility management and catering companies.

Chief executive of DHL’s post, e-commerce and parcel division Jurgen Gerdes said the company’s aim was “market leadership” in green logistics, and “we will continue to focus on e-mobility and other alternative drive concepts to further reduce greenhouse gas emissions”.