News / Sourcing PPE dominates air capacity and pushes rates, but more lift is on the way 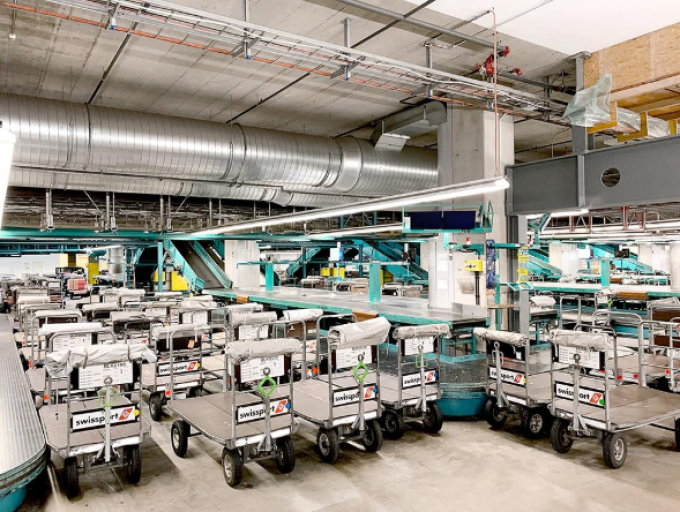 National governments’ determination to secure PPE at almost any cost has been a significant factor, but it has prompted the deployment of fresh capacity that is beginning to put the brakes on prices.

While passenger airlines have slashed more than 90% of their flights and are bleeding cash at alarming rates, airfreight is generating record yields. Rates are in the stratosphere and the price of charters has soared to eye-watering levels.

Spot rates out of China have reached $18 per kg, according to some forwarder reports, and charters fetch well over $1m. One charter allegedly went for $1.7m. On 28 April, Freightos reported record highs for rates out of China.

Early last week, prices of 747 charters from China to the EU and the US reached $1.5m, but considerably cheaper options were possible, reported Mike Hill, director group freight of Air Partner. Owing to lack of capacity, rates have been highest intra-Asia, he added.

Virgin Atlantic announced a programme on 21 April that uses 787 passenger aircraft for three cargo flights a week between London and Shanghai. Two are exclusively for the UK Department of Health and Social Care to increase deliveries of PPE and medical supplies for front-line NHS staff, the carrier revealed.

Likewise, DB Schenker has launched a dedicated service, running three days a week, between Shanghai and Munich “aimed specifically at customers that import medical equipment, such as masks or protective suits”.

The number of passenger airlines that field widebody aircraft for cargo missions has kept growing. On 30 April, Avianca launched a flight from its Bogota base to Shanghai via Los Angeles and Tokyo, which it indicated may turn into a regular operation running three times a week.

And several passenger carriers are moving to establish regular networks with their cargo flights. On top of 14 weekly freighter runs between China and Europe, Lufthansa is now flying passenger planes twice daily on the Frankfurt-Shanghai sector and one daily flight between Shanghai and Munich. United Airlines is up to 150 cargo flights a week.

Air Canada was the first to remove seats, from three of its 777s, to boost cargo capacity, while several others, including Swiss WorldCargo, Lufthansa and American Airlines, are considering this option. DB Schenker’s latest dedicated cargo operation uses three Icelandair 767s that have had their seats taken out.

According to Mr Hill, government desire to obtain PPE urgently has contributed to the surge in pricing, but it also spurred the deployment of passenger planes for cargo missions.

“It has taken a lot of capacity away on large flying programmes. Hence the shift into using passenger aircraft as freighters,” he said. “The government requirement initially for repatriation and then for carriage of PPE has been a catalyst for many passenger operators, who were in mid-March originally not keen on operating as freighters, to now do so – also for the commercial market. I am sure this has had effect on stemming further increase in freighter rates, as a significant amount of new capacity has been added to the market in the last three to four weeks.”

Charter rates appear to have reached a plateau. Lately they have broken the pattern of large rises and stabilised, Mr Hill said.

While more passenger aircraft are poised to fly cargo missions, more freighter capacity is coming into the market. Cargologicair has had its operating licence reinstated and Atlas Air has brought three mothballed 747s back into operation.

This raises questions as to how long the market will remain buoyant once immediate demand for PPE is met. There are signs, though, that governments are prepared to play a role in the sector beyond PPE imports.

As The Loadstar has reported, the Australian government is subsidising exports to the tune of A$110m (US$20m) through its International Freight Assistance Mechanism.

On 2 May, Emirates SkyCargo announced it would be launching four weekly cargo flights, with 777-300ER passenger planes, on a Dubai-Auckland-Melbourne-Dubai routing under New Zealand’s International Airfreight Capacity programme to support its key export commodities.

Shipper interest groups in other countries are bound to try to nudge their governments to take similar action, which could keep carriers busy and rates aloft for a while longer.