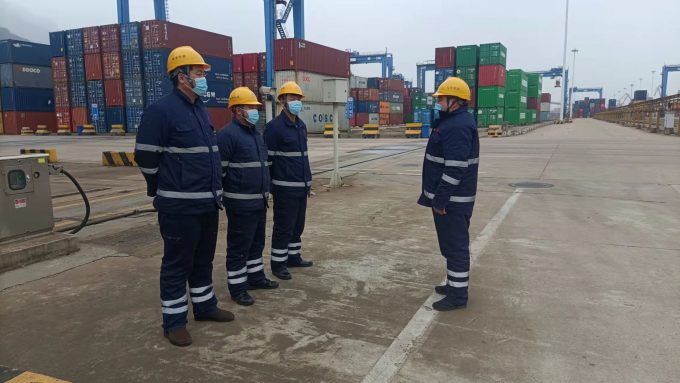 The strategic reorganisation of Yangtze River Delta ports is about to reach a new level.

Lianyungang Port Holdings, controlled by the government of China’s Jiangsu province, is currently the  largest shareholder with an 89% stake, but plans to issue 372 million shares to SIPG for Rmb1.5bn ($235.75m).

SIPG, which owns most of the terminals in Shanghai, and Lianyungang Port, will make joint capital investments to achieve Belt and Road synergies, both ports being on the Yangtze River.

SIPG’s funds will go towards building an automobile logistics centre and developing a green port in Lianyungang.

Located at an intersection of sea and land routes, Lianyungang is the starting point of the Belt and Road initiative and is Jiangsu province’s largest seaport. Being in one of China’s most industrialised provinces, its container throughput has grown steadily and crossed the 5m teu mark last year, up 5% on 2020.

Shanghai, the world’s busiest port, is the intersection and bridgehead of the Yangtze River Economic Belt and the Maritime Silk Road.

Lianyungang Port Group said: “Shanghai is an international shipping centre and a container hub port, while Lianyungang has sea-rail connections. The synergy of sea-rail intermodal transport will enhance the link between the Eurasian Continental Bridge and the 21st century Maritime Silk Road.”