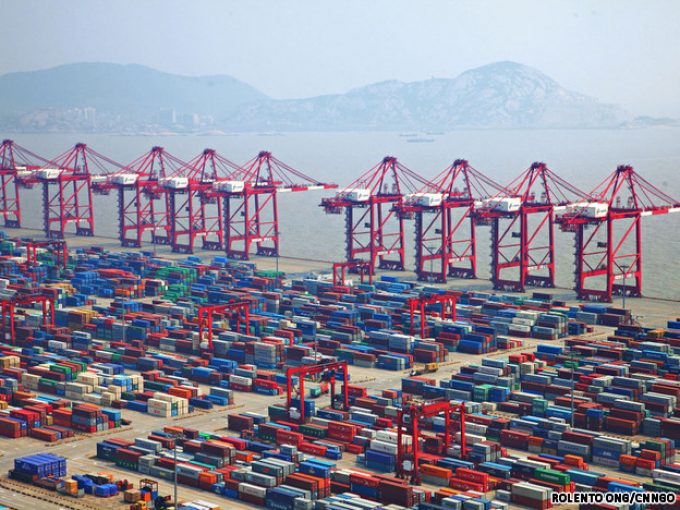 The Shanghai lockdown has been extended indefinitely, a move that casts further uncertainty over Chinese supply chains, as new data is published showing the impact on China’s ocean freight volumes.

The severe restrictions in the eastern half of the city, including Pudong, were due to be lifted on Friday, but nearly all areas remain under lockdown and local authorities have given no timeframe for its end, other than saying it would be done “in stages”.

And one forwarder told The Loadstar: “Shanghai has started another round of mass-[Covid] testing, with the whole city population of 25 million being tested.

“We’re promised that anyone with a negative test will be free and positive cases will be moved into quarantine centres, as before. Let’s see if they will keep their promises finally, and not make up new rules again.”

Nearly all of Shanghai is now under lockdown, with most residents unable leave their homes, even for food, while some businesses, such as the container port, are permitted to operate under “closed loop” conditions, where workers sleep on site.

Supply chain updates from forwarders have largely focused on reduced trucking capacity and the closure of factories and warehouses, which has prompted ocean freight to be diverted – Ningbo, Qingdao and Tianjin topping the list of alternative ports.

However, Crane Worldwide Logistics said: “It continues to be challenging to conduct container drayage. Other cities have become more reluctant to let container trucks from Shanghai enter.”

And, according to Fibs Logistics, most container gate-in times at Shanghai have been delayed and schedules are “unstable”.

Fibs Logistics added: “Some factories had to cancel bookings due to lockdown in their districts. For consolidation shipments, most warehouses in Pudong are closed until further notice.”

Reuters reported that Tesla’s Shanghai factory would not resume operations today, as planned. Over the weekend, CEO Elon Musk tweeted that the company had seen an “exceptionally difficult quarter, due to supply chain interruptions”.

Amid reports last week of worsening berth congestion and ship queues, Shanghai International Port Group (SIPG) yesterday denied there were “more than 300 ships” waiting to load or unload at the port.

SIPG told local media the port was maintaining normal 24-hour operations and that the average berth waiting time for container vessels was less than one day.

For example, the supply chain visibility firm said the lockdown in Shenzhen last month resulted in a 32% reduction in ocean shipment volume in Guangdong Province, where Shenzhen is located.

“[Guangdong’s] seven-day average ocean volume is now down only 15% when compared to before the lockdowns went into effect,” FourKites added.

In Shanghai, it said container ports are experiencing “significantly reduced” volumes, with the seven-day average throughput “now down 33% when compared to 12 March”.