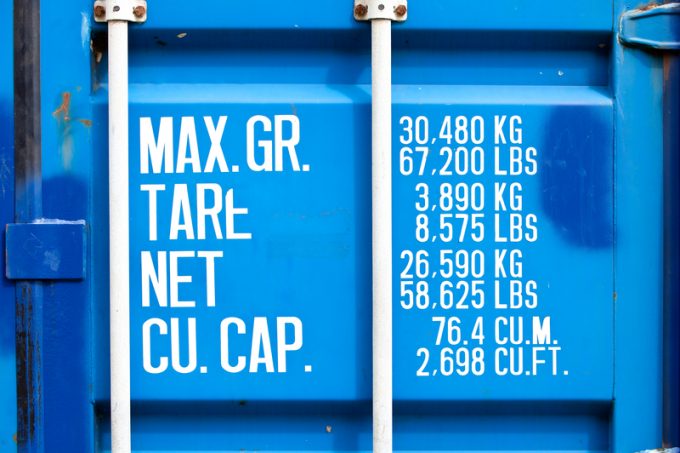 Shippers could ease their supply chain logjams, overcome box shortages and insulate themselves from huge demurrage and detention charges by using their own containers or leasing them, according to a report compiled by Container xChange.

“Greater use of shipper-owned containers (SOCs) can empower forwarders and NVOCCs, and reduce container shortages, shipping costs and risks,” said the lead contributor to the report, logistics consultant Wolfgang Lehmacher.

The online container platform for buying, selling and leasing containers carried out an undercover survey of the 50 largest freight forwarders, and found that only 10% could source an SOC for shipment from China to Europe.

“It is clear from the survey results that SOCs are an underused resource, particularly now, at a time of stratospheric freight rates and shortages of carrier-owned containers,” said Mr Lehmacher.

Indeed, The Loadstar understands that some Asia-North Europe shippers are paying up to $3,000 extra to carriers to secure containers on top of record high freight rates – one contact describing the allocation of equipment as “a lottery”.

He said: “Carriers are making us feel we should regard using one of their boxes as some sort of special privilege. A shortage of equipment is the main driver of the ridiculous rates we are having to pay, and they really have us over a barrel at the moment.”

The majority of forwarders contacted in the Container xChange survey could not organise an SOC move, or did not respond, and Mr Lehmacher suggested there were “opportunities for SOC moves for agile forwarders”.

The consultant said the use of an SOC would also help avoid some of the substantial extra costs shippers are being charged at the destination port.

“At the present time, the SOC advantage of avoiding demurrage and detention (D&D) charges is a huge business plan,” said Mr Lehmacher.

Shippers using carrier boxes are charged D&D charges at the port of destination after they exceed the free time, normally less than a week, granted by the carrier. During periods of heavy landside congestion, these ‘hidden extras’ can soon accumulate to several hundred dollars.

Last week, the US Federal Maritime Commission said it had ordered container lines serving Los Angeles, Long Beach and New York, and box terminals in the same ports, to explain how they calculate D&D charges.

And in a survey by the US Harbor Trucking Association, which represents haulage firms and intermodal operators serving west coast ports, it found 80% of respondents were charged more than $200 per container, while 18% saw D&D charges of over $500.

According to a research study published by Container xChange, in collaboration with maritime logistics solutions provider FraunhoferCML, it takes an average across all regions of 10 days after discharge at the port to return an empty container to a depot.

However, in the case of the most congested ports, that can easily extend to 30 days or more, leading to “horrendously expensive detention costs”, says the report.

In a normal market, shippers benefit from buying ‘all-in freight’ from the carrier, which includes the supply of the box, and once the container is unstuffed and returned to the nominated depot there are no further charges.

But these are far from normal times, evidenced by the proactive measures taken by some forwarders and shippers recently to charter their own tonnage from Asia to North Europe to secure their supply chains.