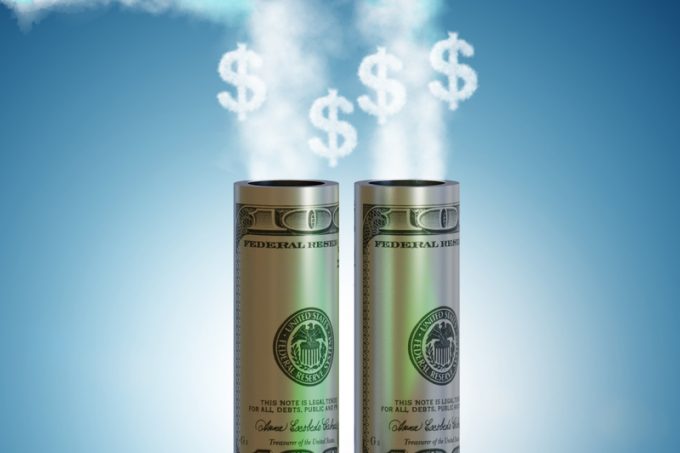 Shippers in the US and Europe have raised concerns about the shift of the carbon pricing debate, claiming that a carbon tax could turn into “the world’s biggest BAF [bunker adjustment factor]”.

The IMO started its discussions on greenhouse gas emissions today, which could include halving emissions –  from a 50% decrease by 2050, to a 100% reduction in the same timeframe – a move expected to be backed by major countries.

IMO secretary general Kitack Lim opened MEPC78 by telling delegates: “Recent reports from the International Panel of Climate Change (IPCC) and other relevant bodies have made it clear that we are no longer considering climate change as impacting future generations, but with the very real and present threat to our generation. We need to work together, embracing multilateralism in addressing climate change and promoting regional and international cooperation to strengthen climate action.”

Mr Lim added: “We must be brave and let our industry lead by example and provide substantial progress in our work.”

One of the measures expected to be discussed is a carbon levy, which will raise the cost of fossil fuel initially by $100/tonne, rising to about $300/tonne by 2030.

Major maritime nations such as the US, Japan and many European states are likely to be joined by industry bodies including the World Shipping Council (WSC) and the International Chamber of Shipping (ICS) in support of such a levy. The idea is for the IMO to collect the funds, and redirect money to low or zero carbon solutions.

Concerned shippers, however, believe that such a levy would simply be passed on to the shipping lines’ customers and ultimately to the consumer, which in the final analysis will be detrimental to the poorest people, who are least likely to be able to afford it.

“We saw a similar situation in the run up to 2020 when very low sulphur fuel was introduced with lines passing higher costs on to shippers, but this carbon tax could be the world’s biggest BAF,” James Hookham of the Global Shippers’ Forum (GSF) told The Loadstar.

In a statement released by the GSF, shippers urged the MEPC to consider that any carbon levy will have the effect of removing older, less efficient tonnage from the market, and that the increased rates are “not used as a disguised means for capacity management resulting in higher freight rates”.

Mr Hookham said: “If the shipping industry is serious about market-based mechanisms as a route to decarbonisation, then it needs to insulate its customers from their inflationary effects, otherwise emissions will be reduced by suppressing demand for world trade rather than by incentivising the step-changes in fuels and propulsion technology, so urgently required.”

A similar call came from the US National Retail Federation, which had asked the Environmental Protection Agency (EPA) to freeze the Renewable Fuel Standard (RFS) for this year. The RFS sets the level of biofuels needed for transportation purposes within the US.

This 22% increase will drive up inflation in the US and cause food shortages, as crops such as corn and soya are diverted to fuel production, according to executive director of the National Council of Chain Restaurants division, David French.

“Food manufacturers simply can’t get their hands on enough of these oils to make everyday foods from bread and buns to condiments and dressings, and the problem is even worse for small and medium-size manufacturers,” he said.

Moreover, the drive to decarbonise transport has come at a time when global demand has increased, said Mr French, adding that the shortage of grains and oils caused by the war in Ukraine has already pushed up prices.

Farmers in the US are unable to meet the demand for more soya and corn, he added.

“We asked the administration for a temporary reprieve until enough supply can be brought into the system that food manufacturers aren’t totally crowded out by refiners. It’s not just a price issue. Over the next two years or so, there simply isn’t enough food oil for everyone, and unless the biodiesel mandate is temporarily relaxed, food manufacturers and American consumers will take a backseat to fuel refiners.”

While the biofuel issue in the US is not directly linked to the GHG issues in the maritime sector, the growing demand for low or zero carbon fuels is a global transportation issue for all modes, driving costs higher and leading to inflationary pressures.

According to Mr Hookham, there is a need to ensure that land used for growing food crops “is not diverted into being used for powering aircraft” – aviation being one of the key users of biofuels.

Regulators have been urged to look at the impacts of new rules, and ensure they achieve the changes they are designed for.