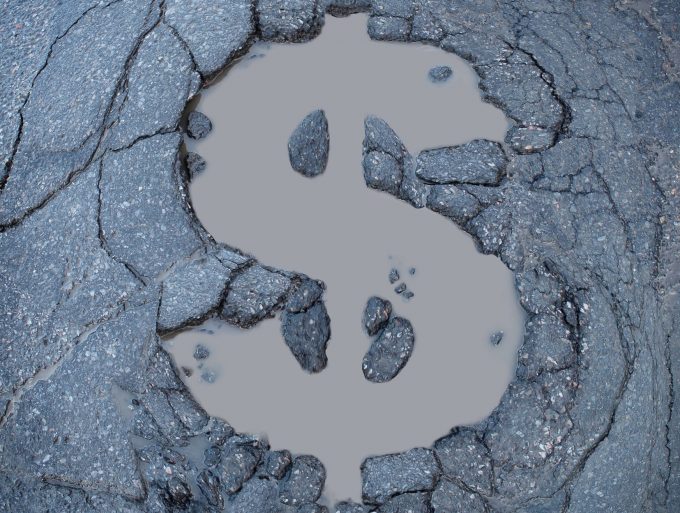 Crumbling US infrastructure moved closer to a major overhaul at the weekend after the Senate held a rare Saturday session to work on a massive infrastructure bill.

The move followed Friday’s 66:28 vote in favour of taking up the proposed legislation, which aims to add $550bn of new funding to $450bn previously approved.

Details of the legislation have not been released so far, and all previous votes on the issue were on a shell bill to which the final text will be added.

What is clear is that the Senate is in favour of sanctioning $110bn for roads, bridges and major projects deemed too large or complex for traditional funding programmes.

$66bn will go towards rail infrastructure, $17bn to ports and $25bn to airport projects.

In recent years complaints about the deteriorating infrastructure have grown in volume. According to the National Association of Manufacturers (NAM), under-investment in infrastructure has worsened by the year – before the pandemic it was one-third of the investment made in 1960.

The US Department of Transportation rates 65% of major US roads as being in ‘less than good condition’ and congested highway networks increase manufacturers’ road transport spend by $74.5bn, the American Transportation Research Institute found.

NAM figures show more than 54,000 bridges were rated “structurally deficient” last year, while project forwarders looking to move out-of-gauge shipments by rail have been frustrated by the rail companies downgrading the rating for bridges, forcing them to find alternative routes.

The Senate debate shaved $29bn designated for public transport from the proposed bill, but boosted money for ports and roads/bridges/major projects by $1bn each.

Ports have been vocal about their need for funds. The Association of American Port Authorities wants $66bn for port-related infrastructure over the next decade.

By its estimates, $33.8bn is needed for dredging and channel maintenance, $28.9bn for road and rail connections and $3.13bn for port facility infrastructure.

The administration has set aside an additional $200m to $300m for infrastructure improvements at ports related to offshore wind energy projects.

Industry bodies have welcomed the progress of the bill and called for swift passage into law. Matthew Shay, president and CEO of the National Retail Federation, said: “We look forward to swift passage in the Senate and encourage the House [of Representatives] to follow suit.

“Once passed, this historic piece of legislation will serve to revitalise and invigorate the US infrastructure systems so many businesses depend on.”

Chris Spear, president and CEO of the American Trucking Association, added: “Americans, and the hardworking men and women who carry this economy on trucks, have waited long enough for Washington to act on our decaying infrastructure. We cheer this bipartisan breakthrough and hope it helps elected officials find more areas where they can work together to actually get things done.”

In a recent op-ed piece in The Journal of Commerce, John McLaurin, president of the Pacific Merchant Shipping Association, emphasised that the current congestion extended through the entire supply chain system and that piecemeal solutions, like extended gate hours at a port, were not the answer. Government and industry both need to evaluate the possibility of transforming the supply chain from a pull system to a push system, he argued.

From what has transpired about the proposed funding, other than broadband expansion there has not been any reference to communication infrastructure. Plans for the integrated Marine Safety Information project, to co-ordinate navigation information, or for a national port system have not been mentioned.

Nor has there been any indication of how the funding for infrastructure is going to be financed. In all likelihood, the national debt will grow.