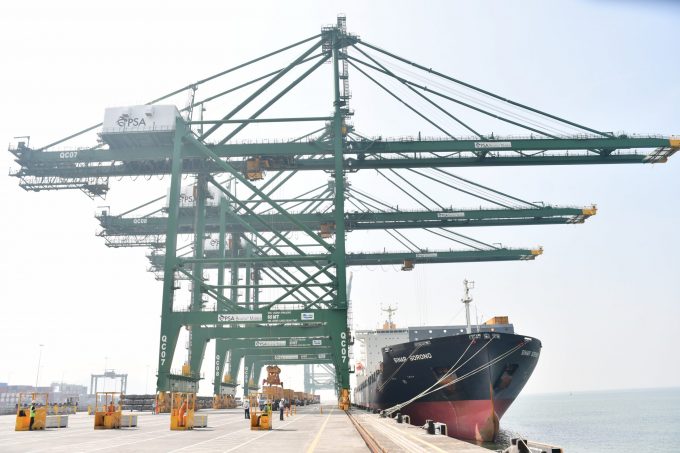 With a strong rebound in trade volumes, container lines are expanding services to and from India.

The latest move comes from Singapore-based Samudera Shipping Line (SSL), which launched a shuttle service between Nhava Sheva (JNPT) and Singapore to target transhipment flows on the route.

The regional loop – dubbed Nhava Sheva Singapore Express (NSX) and which deploys two vessels of 1,900 teu each on a weekly schedule – had its first call at JNPT’s Bharat Mumbai Container Terminals, a PSA International facility, on 29 November.

“The addition of the NSX, the fifth new service to join the PSA Mumbai family within the past 12 months, further expands its Far East, Africa and Europe coverage,” said Sivakumar Kaliannan, MD of PSA Mumbai.”

Rakesh Vijay, director of Samudera Shipping (India), said the service expansion reflected its strong commitment to the India-South-east Asia trade, and that it offered the fastest transit between Nhava Sheva and Singapore.

PSA Mumbai claimed it had been able to turn around vessels quickly, despite a high level of service disruptions and a flurry of spill over calls from other nearby ports and terminals facing capacity problems. It began operations in early 2018 and is JNPT’s largest public-private partnership concessionaire, designed with a capacity of 4.8m teu annually when fully operational.

PSA India MD Mike Formoso said: “While our Cargo Solutions products continue to extend our service offerings inland as well as into the digital realm, 2022 will see the start of construction of PSA Mumbai’s Phase II expansion, as we move towards another milestone – becoming India’s largest container terminal,” .

The NSX launch comes on the heels of Zim’s announcement of a January start for its independent weekly container service between India (JNPT/Mundra) and the east Mediterranean.