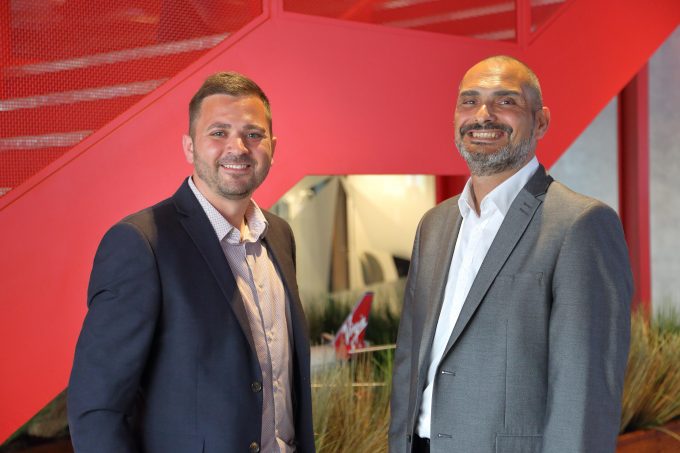 Mr Ellis has been with Virgin since 2010, and was most recently head of GSA territory management. He succeeds Steve Hughes, who left in April and is now commercial director for Wexco GSSA.

Mr Wood was at IAG Cargo for more than four years, most recently as key account manager sales for the UK and Ireland. Prior to that he was at Lufthansa Cargo, for 14 years.

Steve Buckerfield, vice president sales for Virgin Atlantic Cargo, welcomed them to the team at a time when sales were going well, he said.

“Ryan and Ray take up their new roles at a very positive time, with our global volumes up 7% for the first five months of this year and our business from the UK up 13% year-on-year. We wish to thank Steve Hughes for the great job he has done in developing customer relationships and strengthening our reputation with many of our regional and global customers.

“In his earlier sales role, Ryan helped to deliver a significant increase in our European business, so he brings great experience to the very important post of head of global accounts. As a newcomer to the airline, Ray brings a wealth of experience gained over 30 years in the air cargo industry and is also highly respected by customers, especially in the UK market.”

Virgin Atlantic Cargo has made two promotions to its management team following Dominic Kennedy’s elevation to ...

Cargo is playing a pivotal role in the route planning and network expansion of joint-venture ...

Dominic Kennedy, a member of the senior team at Virgin Atlantic Cargo, is to take ...

Air France KLM Cargo claims to have turned the tide in its freight fortunes. But while ...

Interesting news from Delta, Virgin Atlantic and Air France-KLM. They plan to invest in each ...

Virgin Atlantic’s John Lloyd is to be replaced by freight newcomer David Geer, who will ...

John Lloyd, the amiable and well-respected chief of Virgin Atlantic Cargo, is to step down ...