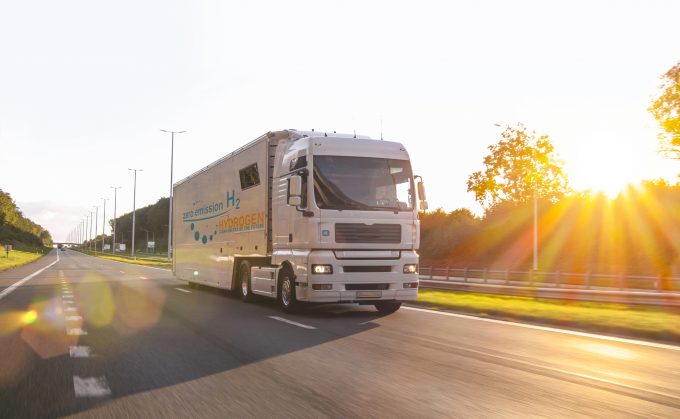 The so-called Fit For 55 proposals were announced by EC president Ursula von der Leyen on Wednesday and include a plan to cut carbon emissions by 55% by 2030, compared with 1990 levels, and be climate-neutral by 2050 through a tax on carbon and the use of the offsetting Emissions Trading System (EU ETS).

However, Raluca Marian, IRU director for EU advocacy, claimed the commission was attempting to increase the price of road transport through the tax on carbon and EU ETS.

“The IRU does not want to see an unbalanced overall cost increase for the industry without change for the better, given the negative impact on the EU’s collective mobility, trade and competitiveness,” she added.

According to the IRU, energy taxation-based CO2 emissions could be positive, but combining energy taxation with emissions trading meant commercial road transport operators would pay twice for emissions.

“This is an unfair and, ultimately, ineffective approach to reduce CO2 emissions in transport,” claimed Ms Marian, “All modes of transport should be treated equally in terms of taxes and incentives on energy and emissions. These proposals contain too many sources of competition distortion and discrimination.”

She explained: “The revised energy taxation framework will raise the fiscal burden for the most commonly used fuels in commercial road transport today. On top of this, road transport companies will foot the emissions trading bill at the pump. And, if the current Eurovignette deal is confirmed, EU member states could add another layer of CO2 charging on top of that.”

According to the union, proposed alternatives such as electricity and hydrogen are insufficient, and the EU should encourage the development of a wider range of sustainable fuels.

The IRU’s concern is that a failure to roll out alternative fuels in time could see costs increase exponentially, and that will mean that “competition will be severely distorted, especially for transport operators who cannot rapidly move to alternatives”.

Ms Marian said: “The entire commercial road transport sector must be able to switch to economically viable alternatives. Therefore, the implementation timing of push and pull measures, such as emissions trading and energy taxation, must be adequately synchronised with the sufficient availability of alternative fuel vehicles and refuelling and charging infrastructure.”

Maritime sector leaders have expressed similar concerns, with classification society DNV pointing out that ship operators are not fuel suppliers.

John Butler, president and CEO of carrier representative World Shipping Council, believes the shipping industry is focused on achieving the transition to low carbon fuels and said the organisation, like the IRU, welcomed the Fit For 55 package “as a genuine effort from the EU to take important steps towards regional climate goals”.

However, Mr Butler warned: “We continue to be concerned about the regulatory, geopolitical and climate risks presented by applying EU domestic regulations to voyages that occur thousands of miles beyond the EEA. This scope of application can be expected to present significant challenges to global regulation of GHG emissions, which is critical to effective policy on this vital issue.”

And Guy Platten, secretary general of the International Chamber of Shipping, voiced his and the chamber’s concerns: “Other than as an ideological revenue-raising exercise, which will greatly upset the EU’s trading partners, it’s difficult to see what extending the EU ETS to shipping will achieve towards reducing CO2, particularly as the proposal only covers about 7.5% of shipping’s global emissions.

“This could seriously put back climate negotiations for the remaining 92.5% of shipping emissions.”