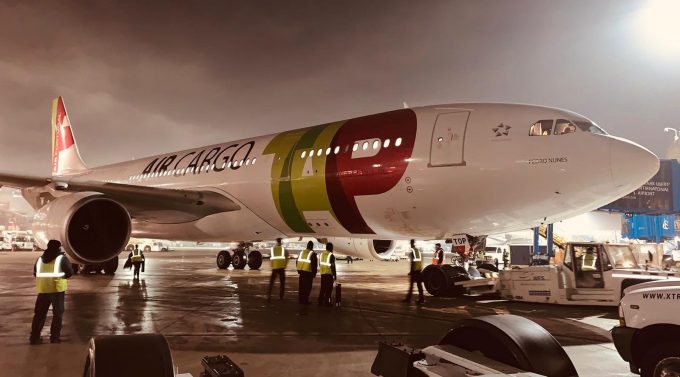 The race is on to get cheaper, alternative freighters into what has been a capacity-hungry air cargo market – and reversable conversion solutions have come to the rescue.

Earlier this month, Avensis Aviation received the STC for its fully reversible Class E solution, which it calls the Medius cargo modification.

“There has been, and still is, an increased demand for air freight capacity and Medius, with readily available conversion slots, provides operational flexibility for meeting the immediate needs of freight operators to provide air freight capacity into their network,” Cristian Sutter, CEO of Avensis, told The Loadstar.

“Being a permanent Class E freighter, it has no operational limitations while retaining the ability to be converted back to passenger configuration, should it be required.” Mr Sutter said, adding that Medius could also be scaled up to a Navis conversion, the Avensis flagship passenger-to-freighter (P2F) product that features a cargo door.

He mentioned a few key changes introduced by the Medius SYTC, including the installation of a new smoke-detection system, modified cabin environmental control system and the addition of a smoke curtain.

“The level of changes introduced to the aircraft, though reversible, required substantiation, and ground and flight tests were required for the prototype aircraft.” said Mr Sutter and added that Avensis worked closely with customer TAP Portugal to manage the approval of the STC.

Asked if he thought market appetite would be as strong for these kinds of conversion when rates came down, Mr Sutter said the trend for capacity demand in the express market mid-to-long term showed no signs of slowing down.

“Rates will fluctuate, and that is related to many factors, but capacity demand will continue to grow, hence, demand for P2F conversion will remain,” he said.

Demand for cargo capacity continues to soar, despite a softening market. Slot conversions for full freighters are tight, with one expert noting a wait of at least till 2027 for widebodies like the A330 conversion.

Vallair is pursuing a similar solution from a new aircraft hangar at Marcel Dassault Airport, in Châteauroux, France.

“We have two A330s in the new hangar and one is undergoing the conversion process for our new Class E solution for the cargo market,” said Patrick Leopold, director of trading and leasing at Vallair.

He explained that this solution meant loading would not done on pallets or in ULDs, but rather via a conveyor that fits inside the cargo hold. He said this proven concept would expedite the process and reduce turnaround times considerably.

Mr Leopold added: “We have seen some specific trends supporting the E-Class market. One is the limited availability of conversion slots for full freighters, and that is a big issue for operators that want to get into the cargo space with the widebody freighter.”

The A330 is proving a popular choice for Class E modification, with plenty available from leasing companies. There are about 180 larger A330-300s parked or stored according to Vallair, and this seems to be the variant getting more traction for Class E.

“Our conversions will initially be on A330-300s” said Mr Leopold. He said this conversion allowed cargo to be loaded at 24 positions along each side of the fuselage.

Vallair sees requirements for both -200 and -300s, but not all of them should be converted.

“There is a cut-off vintage where it makes sense or not. However, considering that this solution is a quarter of the cost, you can take even younger aircraft and, as such, broaden the scope for conversion feedstock,” Mr Leopold noted.

Meanwhile, a Medius freighter aircraft can carry up to 61-65 tonnes and between 360 and 385 cubic metres of cargo (combining both main deck and hold) for an A330-200 and 300, respectively, according to figures from Avensis.

Mr Sutter said Avensis was converting both A330 variants for several customers and, even though they have slightly different operational capabilities, he said the A330 current engine options were an excellent candidate for P2F conversions, both in terms of feedstock and performance.

TAP Air Portugal has taken its first – and possibly last – tentative step into ...