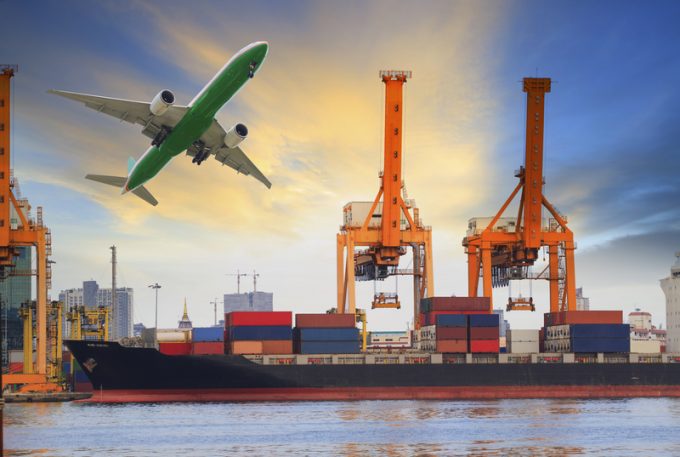 Major retailers awaiting their spring-summer stock are planning to opt for sea-air to get their goods out of China.

The garment industry wants its new season launches into shops before Easter, in eight weeks’ time, but “some 70% to 80% of Chinese factories are still not back up to speed,” said Grant Liddell, business development director for Metro Shipping.

“So there will be at least another week’s delay in production, and a lot of distressed sea freight.

“Lots of importers don’t want to pay for the expected air freight spike in one or two weeks’ time. It is likely to be $4-$5 per kg, up from about $2 per kg. That makes sea-air a very attractive option, as it would come in at about the $2.80/kg mark.

“Major retailers are now looking at sea-air; as soon as production is up and running, it will be the answer. It recovers the delay in production and is cheaper than pure air.”

Metro plans to use smaller feeder vessels of about 2,300 teu to get goods out of China, bypassing the mega-ships, many of which have blanked sailings which has led to some port congestion.

“Intra-Asian trade is still pretty buoyant,” added Mr Lidddell. “Air freight outside of China is not affected, the schedules are all OK, and there is still belly capacity.”

He said the best transit points for sea-air would be Singapore and Dubai.

“Then there may be some convoluted routes like Korea and Taiwan, but those air carriers will really stick their rates up.

“Singapore historically is a stable market, at a lower cost, whereas in Hong Kong and China rates can spike overnight. Singapore works well normally, but it could get congested; we are already well-positioned in Singapore for capacity.”

Sea-air has fallen off forwarders’ radars in recent years – low rates last year, for example, meant there was little benefit.

“But it works well when rates go sky-high,” added Mr Liddell. “At the moment airlines aren’t even quoting, the demand just isn’t there, Asian carriers in particular work on supply and demand.

“But it’s a time of opportunity for air cargo operators – some importers still see sea-air as a risk, so they will opt for pure air freight. Others will be trying to get capacity anywhere.

“The freight still has to move. The demand has just been displaced into March and April, so instead of being 70%-full planes will be 90%-full. So a dip in February will mean a sharp recovery in March/April.”

It is as yet unclear exactly when factory production will re-start on China. Many staff, including forwarders, are still working from home, although they are starting to return in some cities, such as Beijing and Suzhou.

Once production is up and running, air freight should enjoy huge demand, he said, and carriers may be able to make up the losses of the past few weeks.

“There are lots of unknowns still on the demand side, and the product still isn’t there. But in two weeks the reality will kick in.”

One forwarder in China said  Chinese carriers were currently the “most stable”, and another source said the timing was in fact relatively good for carriers.

“Ocean freight is using the excuse of the virus to blank sailings, but some don’t actually have the vessels as they are in the yards awaiting scrubber fitting. Airlines couldn’t wait to cancel over Chinese new year anyway, so in some ways it was good timing.”

However, one sea freight expert said: “That’s right to a very limited extent, but the shipping lines have chartered-in to replace the scrubber installations, and they can’t even half-fill the others. Eventually they will get some of the losses back as rates spike when the all-clear is given, but in the meantime some of them are at risk if it goes on much longer.”