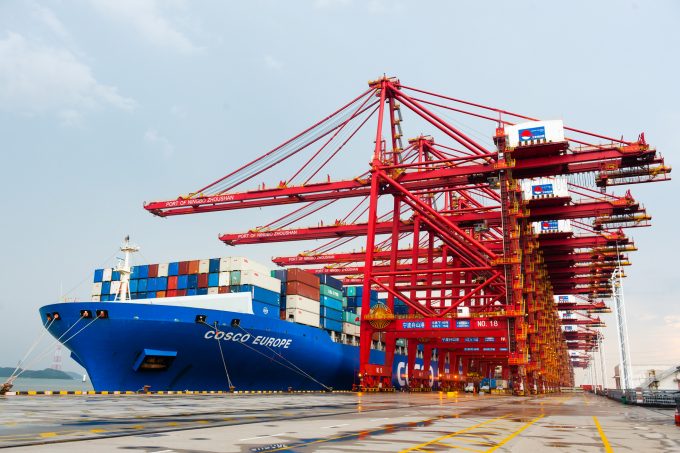 Shippers moving cargo via the Meishan Island Container Terminal at Ningbo-Zhoushan Port will be relieved to hear it will partially reopen within days.

Original reports suggested a date of 6 September would be the earliest for the resumption of operations, but no new cases of Covid-19 have been detected.

However, data company project44 said: “If a phased reopening begins this week to tackle the backlog, full resumption of operations may only be possible by the beginning of September.”

Currently, project44 reports there are 41 ships at anchor awaiting a berth and cargo handling at the Meishan terminal, but added that the number of port calls missed was not as significant as thought – on average the terminal receives 188 calls a week, which had slumped 22% to 146 as carriers diverted to other terminals. But only 15 blank sailings have been reported.

According to port authorities, Ningbo has processed an average of around 77,000 teu a day over the past few days, only 10% lower than its average in July.

Meanwhile, Maersk Line has announced that ships in its vessel-sharing agreement with CMA CGM on its AC6 Asia to South America service, will omit calls at the Meishan terminal for the remainder of August. This includes cargo on the APL Barcelona, Seaspan Oceania, CMA CGM Musca, APL Le Havre and Hanover Express. The Danish carrier has rearranged cargo to be handled on the CMA CGM Hydra.

Warehousing and trucking into the terminal have also been suspended, according to Maersk, but with the news of the partial reopening, this will change over the coming days.