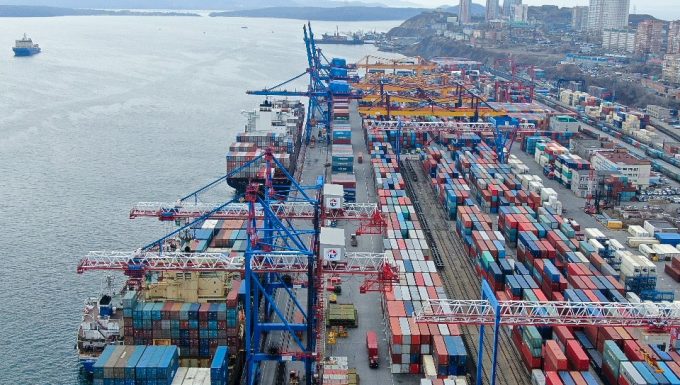 Any significant fall in container spot rates from Asia seems increasingly unlikely this side of February’s Chinese New Year, but thereafter the jury is out on the direction of the spot market.

And this adds an element of risk for shippers signing up to new and expensive long-term contracts.

However, the fear of paying too much for new contracts has to be balanced against the danger that another tight spot market next year will leave shippers unable to move product.

But there is potentially better news on future rates for shippers in terms of the supply/demand outlook, with one analyst this week predicting rates will eventually fall back to 2019 levels.

Meanwhile, both the FBX (Freightos Baltic Exchange) and WCI (World Container Index) readings this week continued to provide evidence of a stable short-term market, with their respective Asia-Europe and transpacific components virtually unchanged.

The traditional calendar year Asia-Europe tradelane contract season is now well under way, in fact according to several carriers, they are ahead of where they would be normally with agreeing new deals.

No doubt after the severe supply chain disruptions suffered this year, shippers are anxious to secure space guarantees for 2022.

However, CEO and co-founder of Xeneta Patrik Berglund gave a cautionary warning this week to shippers considering locking themselves in to long-term and multi-year contracts.

“Just blindly striking a 12-month or longer rate agreement without any mechanism to regulate the rates in the next six, 12 or 24 months appears very risky,” said Mr Berglund, during the freight rate benchmarking firm’s November state of the market webinar.

He suggested it could be “painful” for a procurement officer internally if subsequently the media reported that spot rates had softened substantially.

However, on the other side of the coin, Xeneta’s chief analyst, Peter Sand, suggested the procurement officer could equally be in trouble if he or she risked too much of the company’s product on the spot market.

“Come the peak season next year and you are left with no available room for shipping your cargo in due time for the Christmas season, what do you do then?” asked Mr Sand.

However, for the longer term, the ex-Bimco shipping analyst is bearish on the direction of freight rates once the huge number of ULCVs on order are delivered from 2023 onwards, and sees “no reason” why rates will not return to pre-pandemic levels.

“At some point, gravity will prevail and the raft of ships that have been ordered will bring down markets for sure,” said Mr Sand. “It’s a normalisation that I see as a no brainer; the real brain job is to know when it will actually happen,” he said.

Load factors nosedive, pushing carriers to idle ships in a bid to 'stop the rot'

Container spot and short-term freight rates from China remain under pressure after the Golden Week ...