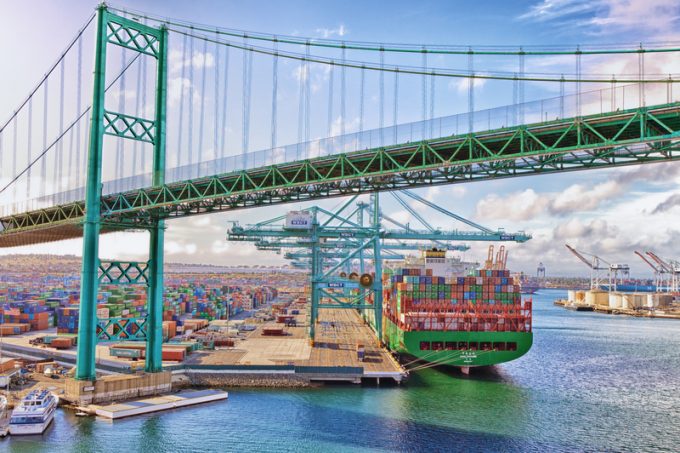 The port of Los Angeles (PoLA) is stepping up its battle against congestion at its container facilities.

With a new financial incentive programme for terminal operators, it is offering a total of $7.5m for faster truck turnaround times and for dual transactions.

The scheme starts on 1 February and terminal operators that cut their truck turn time between 5% and 20% will receive $0.50-$2.75 per teu, the compensation rate increases with the degree of improvement.

Terminals that manage to keep turn times to a monthly average of 35 minutes or less will be paid the top rate of $3 per teu.

For dual transactions during truck visits: if at least half the trucks handled at a facility drop off one container and depart with another, PoLA pays the terminal $0.40-$1.40 per teu, depending on the rate of dual transactions.

“These best practices are needed now more than ever to relieve pressure on the supply chain due to the ongoing surge,” said PoLA executive director Gene Seroka.

“Ports are more fluid when trucks move quickly in and out of the gates and more productive when a truck delivers one container and leaves with another in a single trip.”

LA and its neighbouring port of Long Beach have been struggling with record import volumes that have produced double-digit increases in throughput – in the week before Christmas, volume was 94% higher, year on year, and imports have remained high into the new year.

As a result, container dwell times at LA’s six terminals are up dramatically. Containers have been stacked five high, as opposed to three, which has slowed retrieval rates and exacerbated congestion at the truck gates. Drayage trucks handle an estimated 75% of containers going through the port.

This is not PoLA’s first attempt to alleviate the current congestion. In September, it launched ‘The Signal’, a dashboard showing data of inbound containers up to three weeks before their arrival, and in November, it introduced ‘Return Signal’ to help truckers identify when and where to return empty boxes.

The Harbor Trucking Association has welcomed the new programme, saying that if all six container terminals at the port could meet the targets, the whole supply chain in southern California would benefit.

Meanwhile, there is growing concern over Covid infection rates among the dock workers in southern California, which have been rising. Since 1 December, there have been more than 600 cases at the LA/LB complex, with 268 confirmed cases in the first two weeks of January.

The International Longshore and Warehouse Union has called on local, state and federal governments to prioritise longshore workers in the vaccination programme.

From an operational perspective, the rising infection rate among crane operators is particularly worrying, as their presence determines the number of work crews that can be deployed on the docks.

According to the Pacific Maritime Association, which represents employers, the infection rates at the ports have aggravated the decline in terminal productivity, but they are not going to interrupt handling activity.