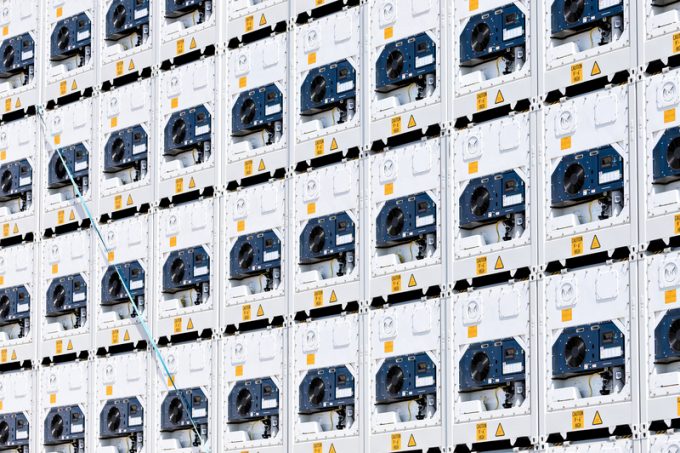 And, according to Drewry, reefer freight rates increased again in Q3, with the analyst expecting a similar acceleration throughout next year.

A weighted average of rates across the top 15 “reefer-intensive” deepsea tradelanes rose 48% between January and September, Drewry said, and by the end of Q4 these gains are expected to be as much as 55%.

It added: “Booming reefer freight rates are following in the wake of the dry cargo sector, as operators realign risk/revenue expectations for refrigerated cargo, in line with more inflated system costs and operational challenges, such as extended dwell times at transhipment ports and longer container equipment cycle times.”

As a result, Drewry noted, shippers of lower-value cargo, such as bananas, onions, citrus or frozen vegetables, are now confronted with much higher shipping costs after enjoying years of relatively low freight rates, which helped them develop markets far afield.

The analyst says seaborne reefer traffic is expected to grow 3.2% this year, to 136m tons, with all commodities showing growth, except bananas.

“Trade in meat to Asia is slowing, amid lower pork prices in China, and the banana trade is expected to decline by 5% this year, owing to disease in the Philippines crop and low banana prices in general,” Drewry explained.

While the production of new reefer containers has reached a record high of 170,000 feu this year, this has “not necessarily resulted in improved equipment availability”, Drewry said, since carriers had used reefers to carry dry cargo.

But Rafael Llerena, CEO of 3PL EasyFresh, said the main reason for the equipment shortage was port congestion. He told The Loadstar: “Obviously the risks grow if a reefer box containing perishables spends three weeks on a ship anchored outside a port without available berthing. Furthermore, in some ports, the container plugging areas are being used partly for dry cargo container storage.

“Since the pandemic began, shipping lines decided dry cargo would take priority over reefer. This isn’t new, but it has surely become an emphasised phenomenon, given the exceptional circumstances.”

Mr Llerena said perishables shippers were, in general, “fighting for space” and trying to deal with the global port congestion crisis, with feeder shipping becoming an increasing liability.

“Feedering is being replaced by multimodal, whenever workable, given quayside congestion – we try to empty the unit at a cold store and then truck or rail, versus waiting for the feeder vessel.

Given the high costs of transport from distant origins, Mr Llerena said the “local sourcing” trend was also gaining some traction.

“Comparably low-value products like fresh produce are more sensitive if food retailers do not reflect the increase in final consumer prices,” he added.