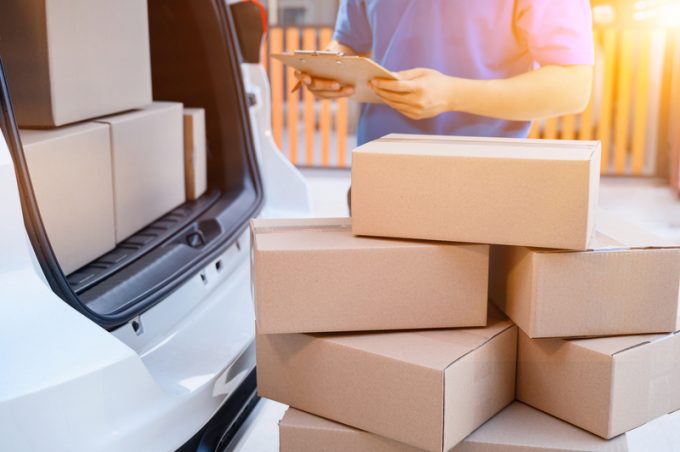 The sight of FedEx, UPS or DHL delivery vans in residential neighbourhoods could soon be a thing of the past.

The dramatic surge in online shopping, triggered by lockdowns to curtail the spread of Covid-19, has generated ample volumes, but margins are undermined by costs on the final mile.

Providers of parcel locker networks and alternative final-mile options are sensing a windfall, and moving to expand.

He was speaking at the online Post & Parcel Conference held last week.

Quadient is also getting ready to expand in North America. Kate Reidel, senior vice-president, business development at Parcel Pending, who is overlooking this move, said downloads of locker mobile apps had gone up 46%.

She said delivery networks were under pressure from the surge in volume, which had resulted in extended transit times as well as in constraints on shippers and rising costs from residential delivery surcharges, and added that she believed the traditional residential delivery model was broken.

An additional impetus for parcel locker solutions had come from a heightened desire for contactless delivery solutions, said Andre Veskimeister, head of parcel business at Omniva, which has registered growth of 40-50% in the markets it operates in.

“In the pandemic, outdoor lockers are the safest option to deliver,” he said and Ms Reidel confirmed that contactless and social distancing solutions were in high demand from a high percentage of consumers.

“Convenience and density are key,” he said, which translates into locations that are a five-minute walk from consumer areas and extended operating hours, he added.

A key plank in Quadient’s strategy is partnering with retailers and convenience stores which benefit from foot traffic generated by the parcel lockers. In the UK Mr Winters is targeting retail and leisure locations like gyms and transport hubs to position lockers. The idea is to combine various activities into a single trip for the consumer.

Quadient has developed a modular design for locker units, which can range in size from two boxes to 64, and are designed like mass-produced furniture to minimise installation and maintenance costs and keep unit costs low.

Michael Nieuwkerk, founder of Dutch parcel delivery network ViaTim, claims his outfit’s approach yields even more savings. Cost is less than 10% of a parcel locker, but delivery is more than three times faster, he said.

ViaTim is based on a network of service points that are fed by one delivery vehicle running on a set route, dropping off parcels at the points closest to the consumers addresses. Consumers can pick up from these points, which are run largely by entrepreneurial individuals (many of them pensioners or stay-at-home parents), or the parcels can be delivered from there by bicycle or on foot.

Launched in 2016, ViaTim is working with 70% of the Dutch carriers and signed up with DHL two years ago. “We will be the number-two service point network in the Netherlands next year,” said Mr Nieuwkerk.

“Social technology will disrupt this industry,” he predicted, and added that ViaTim intended to look for expansion outside the Dutch market.

Vilnius-based urban delivery provider ZityCity is already on the move. Six months ago it reached beyond Lithuania and Estonia to set up in Paris and intends to expand further in France, said co-founder and CEO Laimonas Noreika.

Like ViaTim, his company targets last-mile delivery on the basis of urban hubs closer to consumer areas than the typical parcel warehouse locations.

“Sixty percent of last-mile deliveries are less than five km. If you consolidate in an urban hub, the average distance is 1.9 km. You can easily cover this by bike,” Mr Noreika said

The urban hub concept offers significantly lower delivery costs, he said, but this is not the only reason why ZityCity has embraced it. It also makes it easier to offer same-day service.

It is a claim that should make a lot of people in this business sit up.