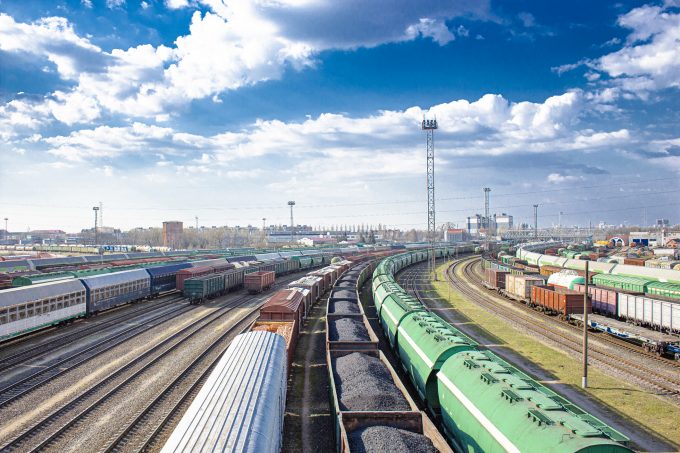 OOCL has launched a rail-sea service from China to the US east coast, which it claims is a first.

The departure of the first dedicated train carrying containers for US shippers took place from the Xian rail hub last week.

The joint-venture between the Hong Kong-headquartered carrier and its forwarding arm, OOCL Logistics, will use the Chang An block-train service from Xian to Kaliningrad, Russia, and a feeder vessel to Bremerhaven to connect with the carrier’s North Atlantic services to the US east coast.

“Connecting China and North America by using the Asia-Europe land bridge and the Atlantic ocean is the first [service] of its kind to be operated by an ocean carrier,” claimed OOCL.

“The intention is to provide reliable and timely shipments by seizing the opportunity to avoid the current high levels of traffic seen on routes to the west coast and through the Panama Canal,” it added.

Extra loaders deployed by ocean carriers between Asia and the US to meet high demand ahead of an expected exceptional peak season, has pushed the number of ships waiting for berths at Los Angeles and Long Beach back above 30. And with overwhelming congestion on inland rail services added to the mix, carriers are unable to charter additional ships due to the acute scarcity of open container tonnage on the market.

According to Jon Monroe, of US-based Jon Monroe Consulting, it is now taking 12 to 13 weeks from booking a container to export from a Chinese port to Los Angeles delivery, compared with just four to five weeks in pre-pandemic 2019.

And Mr Monroe warned that, for an IPI (inland point intermodal) movement, shippers needed to allow for delays of a anything up to 10 weeks further delay before the arrival of containers at their final destination.

One shipper told The Loadstar he might be interested in the service if the rail connection was reliable.

“I think OOCL might have hit on a winner here, as the situation for space and timing on the transpacific is pretty desperate at the moment, but we would definitely need transparency on the whole of the multimodal movement and know where our boxes are at any time,” he said.

“So far the rail services from China to Europe have been a bit patchy, to be honest, with a couple of our boxes ‘lost’ in a siding for a couple of weeks. We had our customer screaming down the phone at us on a daily basis, but we were not able to give him an update. At least if boxes are on a ship off LA we know where they are,” he said.

OOCL is a subsidiary of state-owned Cosco Shipping.