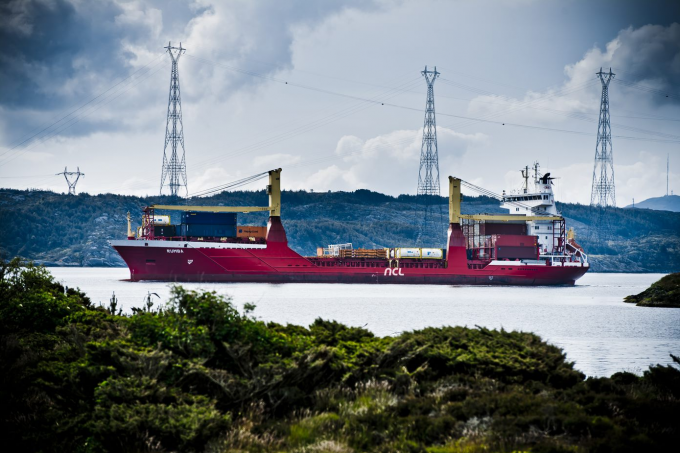 The Norwegian-headquartered carrier will deploy the geared 657 teu Rumba, which will be moved from the company’s Norway-Germany service and be replaced by the 862 teu NCL Alesund.

With its first call stemmed to arrive at LCT on 23 September, NCL said it would link some 15 ports on the west coast of Norway with the UK.

“The original ambition of NCL was to move fresh salmon off the road and provide a route from the west coast of Norway directly to the heart of the UK market,” said MD Bente Hetland.

However, he added, after working on the project for some time it became clear that there was also “a healthy demand for a variety of other products”.

He explained: “Our investment opens many doors for NCL and provides the market with a much-needed containerised solution while allowing us to link and develop our services from Rotterdam, Hamburg and Bremerhaven into Norway.”

He claimed the new service could achieve cost savings of 25%-30% compared with trucking between Norway and the UK.

Norway is not a member  of the European Union, but has access to the EU market through its membership of the European Economic Area (EEA). It is now in negotiations with the UK for an “ambitious” free-trade agreement to be in place by 31 December, when the UK’s transition period for its exit from the union expires.

It exported goods worth around £16bn to the UK last year, albeit over 80% of this was attributed to oil and gas. It is seeking to conclude a free-trade deal on seafood exports.

LCT asset manager Ross McKissock said NCL’s new link was “great news”. Following the departure of several deepsea services to London Gateway, Felixstowe and Southampton, LCT has focused on shortsea carrier customers such as Containerships and Samskip that would struggle for berthing priority against the often off-schedule ULCVs at the bigger UK container hubs.

NCL operates a fleet of five geared chartered feedermax vessels on its Norway west coast-North Europe network. The LCT call will be included in its current Norway-Rotterdam schedule.

Alan Platt, chairman of its UK port and sales and marketing agent, John Good Logistics, said: “Although we have a clear focus on reefer cargo, it has already become very apparent that there is pent-up demand for dry cargo suited to shipping in containers.”