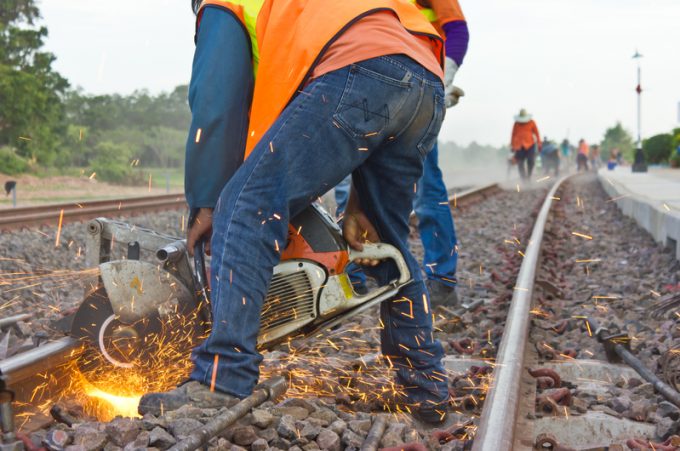 The crisis has built up since the closure of a 20km section of the Rhine Valley Rheintal rail track around Rastatt on August 12.

After a meeting on Monday, DB chief executive Richard Lutz and his counterpart at SBB, Andreas Meyer, claimed the situation – the track not expected to open until October 7 – was not improving quickly enough.

In a joint statement they said: “The long-term closure of the route represents a difficult situation, especially for the whole freight sector. The goods can only be diverted via the alternative routes with great logistical effort.”

The problem has been compounded by the fact that some alternative routes can only be used by diesel locomotives, which means new drivers need to be found and trained and, according to Swiss intermodal operator Hupac, each diverted train requires twice as many drivers.

The SBB and DB executives said the north-south axis needed to be operated with greater flexibility in future.

“The strengths of the integrated railway must be able to be used more quickly and more effectively. In order to deal with future events, rapid avoidance routes are to be defined and the flexible use of personnel and data exchange must be improved,” they said.

Last week, Hupac managed to operate just 23% of its normal capacity – 67 trains compared with the normal 310 and 2,006 shipments instead of 8,400. This week its target is 120 trains carrying 3,600 shipments, or some 39% or normal capacity, depending “on operational stability and the availability of loco drivers”.

Germany-based intermodal operator Kombiverkehr last week described the situation as “the biggest loss of railway infrastructure Europe has ever seen”, and called for €250m of aid from the German government for the disruption businesses had suffered.

Kombiverkehr added that shippers had little option but to try to divert loads to road haulage, but this was proving difficult as so many supply chains had been designed to move on combined transport solutions.

“Increasingly, therefore, businesses are forcing their forwarders to send shipments mainly by road, which is almost impossible given that their vehicle parks are tailored specifically to the requirements of combined transport.

“Whether the existing services run by operators can be offered again in comparable form after the Rheintal section reopens is very much open to question,” it said.

And it would appear the congestion is spreading beyond the Rheintal route, as shippers and their forwarders seek alternative routes and modes. Congestion was reported to be building up at the Italian port of Trieste, a key hub for Turkish shipments heading north into Europe.

Although trans-Europe intermodal operator Ekol said the Rastatt closure had had no effect on its block trains to and from Trieste into Germany and central Europe, some forwarders noted that the port was becoming increasingly congested, while pan-European all-road operators reported being able to avoid major bottlenecks.

John Henderson, European road freight manager at UK forwarder Uniserve, said: “By providing an all-road driver-accompanied service, we are able to maintain full control of our vehicles and are not restricted by rail lines, meaning we are able to react live to developing issues and avoid potential delays.”