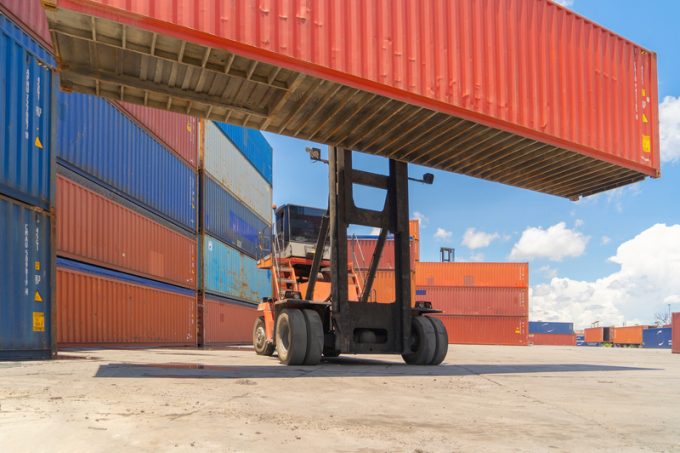 Hopes that the Chinese New Year would give container lines breathing space to reposition the vast numbers of empty container appear to be short-lived.

Shippers and forwarders trying to find equipment for shipments out of China had hoped the two-week holiday would allow time to build up a stock of boxes to ease supply chain pressure.

“There was a reasonable amount of equipment repositioned during CNY, but we expect that all to be utilised by week four of March, or early April,” he said. “We seem to have entered a cycle of perpetual scarcity.”

He added that the current situation was becoming more similar to pre-CNY with each passing day, with demand for boxes outstripping supply.

“In both south and central China there are signs of container shortages reappearing – and even if cargo flows improve, there are other factors that could limit availability at origin.

“Let’s say, optimistically, that Long Beach gets better and they clear the backlog, and carriers are able to reposition all these empties from the US, should the second Covid stimulus be passed and cheques are sent out to consumers, they are likely to spend it on goods similar to their spending patterns in the first package.

“Additionally, all signs point to the fact that inventory levels have still not recovered to pre-covid levels, and thus it doesn’t seem like the retail restocking programme is complete.”

He said carriers were bringing new equipment to the market, although that extra capacity was likely to be used pretty quickly.

“I estimate there’s about 100,000-150,000 teu coming between March/April and July, but if demand remains consistent this will be used up pretty quickly – therein lies this almost systemic scarcity of boxes,” Mr Nair explained.

Meanwhile, recent data from Drewry Shipping Consultants gave further credence to the view that the scarcity of boxes is largely the result of last year’s extended run of blank sailings and port congestion.

According to Drewry, production of new containers last year was up 10% on 2019 and, by the end of last year, the global fleet in service stood at 43.2m teu, a 1% increase on 2019. John Fossey, senior analyst for container equipment at Drewry, said a combination of extending the service life of existing boxes and a big increase in new production would be seen this year.

He said: “We are now seeing a reduction in the number of containers being retired or sold on the second-hand market, and are forecasting a 6.5% growth in the global fleet, powered by a 40% jump in newbuild production, to 4.3m teu.

Drewry’s five-year forecast suggests fleet growth of 3% each year from 2022 to 2024, with new production at around 4m teu a year, although Mr Fossey warned that many of these would replace older units.

“The current shortage of containers has nothing to do with lack of investment in equipment, it is more to do with hiccups in the container supply chain because of Covid – the containers are not getting to where they are needed in a timely manner,” he said in a recent webinar.

Mr Fossey explained that, whereas the typical turnaround time for a container on the Asia-North Europe trade pre-Covid was about 65 days, that has now gone up to 100 days.

“We believe this is temporary and will self-correct – the question is when,” he said.