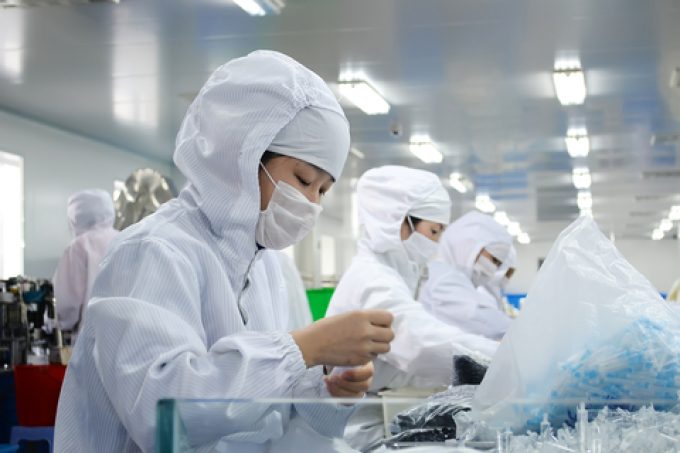 Most of China’s manufacturers are back online in some capacity, but new supply chain risks are emerging.

Normal Global Logistics (NGL) estimates that, in the wake of the country’s coronavirus lockdown, 90% to 95% of factories have returned to operation in most provinces – except Hubei.

“Several factories still have reduced production, due to a shortage of raw materials and labour,” said NGL, adding that larger factories had managed to get up and running much faster than smaller businesses.

NGL Hong Kong MD Stefan Holmqvist told The Loadstar: “To shut down the supply chain was a relatively easy process in China, but to reverse it is a different story.”

For example, he said, it meant new supply chain risks were emerging, such as the unstable supply of raw materials, a lack of skilled workers, logistics issues from sub-suppliers, pressure to produce quickly and increased scrutiny from government and regulatory agencies.

“The lack of regular workers at some factories, and also at sub-vendors, has affected the quality and speed of production,” explained Mr Holmqvist.

Furthermore, he added, there was increased credit risk among all parties along the supply chain, from manufacturers and buyers to logistics providers, which could lead to more quality issues.

“Smaller and less capitalised companies in China are struggling to cope with simultaneous high demand for product and the lack of workers and logistics,” Mr Holmqvist said. “In practice, some firms may be tempted to find creative solutions to deliver; sub-contracting production to unqualified local vendors or tweaking specifications to increase output.”

“One of the new vulnerabilities is in remote work arrangements for millions of people supporting supply chains, involving price gouging and online scams and unjustified interruption of agreed payments or delivery of supplies.”

For importers hoping to source goods from China, storage and transport issues remain. Mr Holmqvist said there was increased demand for bonded storage, since space and demand was now affected overseas.

“Many importers and retailers are prioritising the transport of medical and urgent items, so many others have been put on hold,” he said.

Airfreight capacity is still severely limited in China, with airlines still grounding up to 95% of their fleet. And, although more carriers are opting to turn passenger jets into makeshift freighters, demand is still “far outstripping” supply, said Mr Holmqvist, with rates continuing to surge.

Container ports, railways and inland trucking operations are faring better, however, with NGL estimating capacity levels of 90% of pre-outbreak levels.

Shipping lines have lifted surcharges on reefer shipments as port congestion eased, and even railfreight from Wuhan will, reportedly, resume this week after almost two months of suspension.

The focus is now shifting to the demand-side consequences of the pandemic and resulting lockdowns in the west.

“As the situation develops in overseas locations like the EU and the US, the speed of the recovery becomes more uncertain,” NGL said.