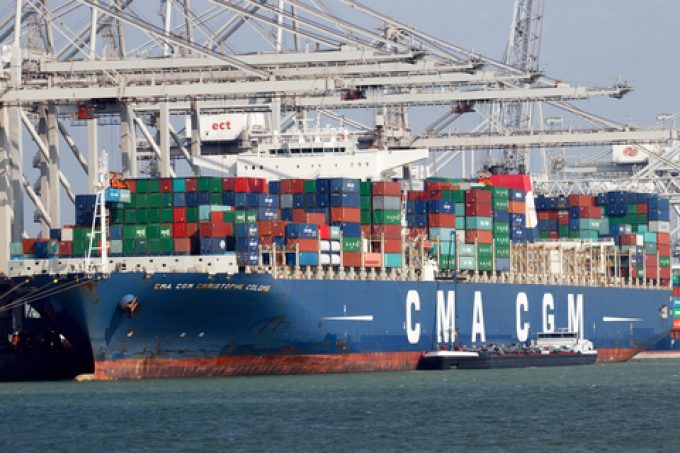 In a move that could ultimately see an increase in transhipment cargo to UK ports, Hutchison Port Holdings (HPH) and MSC subsidiary Terminal Investment (TIL) have jointly agreed to develop a container terminal with five deepsea berths at Rotterdam.

It will add some 7m teu of annual capacity when it begins operations in 2027, with 2.6km of quay at the north end of Hutchison’s ECT Delta terminal.

Like ECT, which opened in 1993 and became the first fully automated terminal in the world, the new facility will be fully automated, with vessels unloaded by autonomous cranes and cabin-less ground vehicles.

The high degree of automation partially insulated Rotterdam against the wave of industrial action seen at other European ports like Hamburg and Felixstowe, but it has not operated entirely without incident this year. Inland, at Europoort, dockers refused to load the P&O Pride of Rotterdam, in solidarity with 800 sacked UK staff, and in July, the court ruled in favour of union Nautilus International in a container lashing case.

Across the Channel, carriers have largely avoided Felixstowe during the eight-day strike, with vessel calls falling from 29 in mid-August to just five.

The many vessel diversions have led to higher congestion, especially at German ports that have battled labour actions of their own in the past few weeks, according to supply chain risk company Everstream Analytics.

Allard Castelein, CEO of Port of Rotterdam Authority, said yesterday: “This is a substantial strengthening of our leading position as Europe’s largest container port and contributes to further improving the competitive position of both our customers and the port.”

Shore power will be another focus at the new terminal, said Ammar Kanaan, CEO of TIL, adding: “Sustainability is a top priority for TIL and MSC.”

Shore power may, in due course, go hand in hand with the hub-and-spoke model of shipping in Europe, as the relatively short distances could make it feasible for smaller vessels to operate on batteries.

“Utilising shore power is an important consideration for the development of the new terminal,” added Mr Kanaan. “It will be further explored with the relevant stakeholders.”