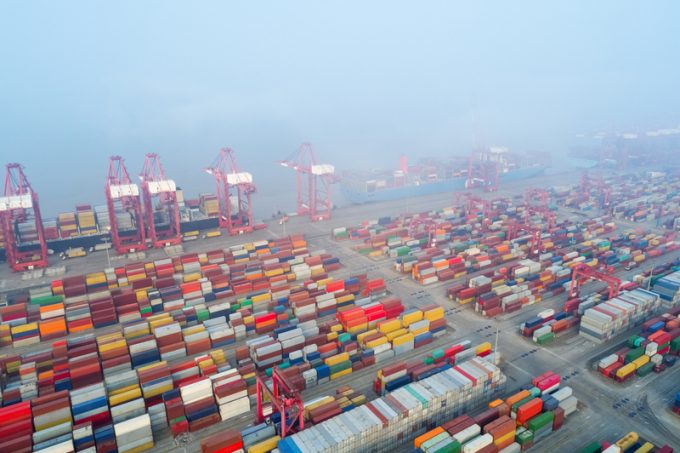 The tracking signal, known as Automatic Identification System (AIS), is used globally by the shipping industry to transmit data on vessel location and identity.

While there has been no official statement from China, the drop-off appears to coincide with the new law, which critics claim has made it harder for foreign businesses to do business in China.

According to Charlotte Cook, head trade analyst at VesselsValue, there is currently an industry-wide reduction in AIS signals in China.

She explained: “In the past few weeks, terrestrial positions in China have reduced by nearly 90%. The count of vessels signalling in Chinese waters daily has dramatically reduced, from 100,000 vessels signalling per day on 28 October, to just over 15,000 on 17 November.

“Terrestrial AIS signals typically provide the greatest data coverage and insight into shipping in Chinese ports, so this data decline could significantly impact ocean supply chain visibility across China, one of the world’s major importers of coal and iron ore and exporters of containers.”

“Ultimately, the significant reductions we are seeing in the count of vessels signalling in China will reduce the ability to accurately monitor vessel activity, and this could have knock-on effects to already squeezed global supply chains,” she added.

Lars Jensen, CEO of Vespucci Maritime, said AIS data from vessels and satellites was likely still available. He added: “What this has highlighted, however, is that companies relying on specific datasets – in this case AIS – need to assess the robustness of their data streams, and contemplate to which degree their business models need to include a higher price in the future for a more resilient access to the data.”

He told The Loadstar: “MarineTraffic continues to have high visibility in the area because of the resilient network it has built, allowing us to acquire this data through other means. This enables us to maintain visibility on commercial shipping activity.”