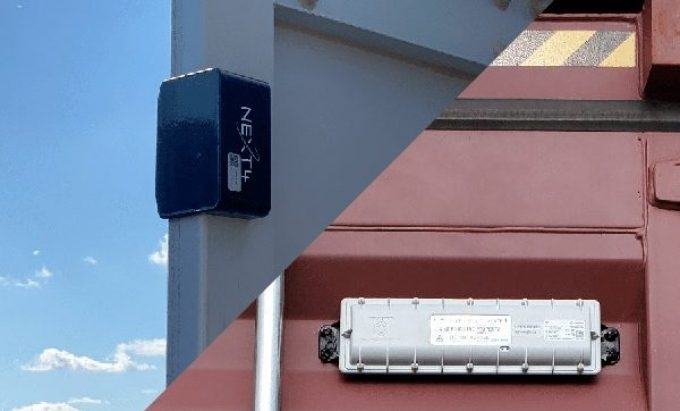 The deal was for an undisclosed consideration and Traxens also announced a further €23m ($25m) funding round to fuel expansion.

With clients including Bolloré Logistics and DB Schenker, the combined company will offer two types of container tracking systems, as well as NEXT4’s smaller device for tracking air freight.

Each tracker includes GPS as well as cellular or Bluetooth communications, with the latest version of the device also able to operate through maritime broadband.

“Our highly complementary solutions will meet the current and future challenges of shippers and their logistics providers,” said NEXT4 CEO and founder Cédric Rosemont. “This means NEXT4’s customers can also benefit from Traxens’ solutions, which are now being widely deployed by container owners.”

This reports back to Traxens’ IoT software. Once a cargo owner has selected a logistics provider, access is given to an online portal where users can access telemetry for each container. Data from several voyages can be aggregated and analysed.

The new financing will follow the €20m raised in its series C funding round in 2019. Traxens believes the market for IoT container tracking is on the brink of powering ahead, with providers scrambling to maximise market share and acquire critical mass.

Recently, The Loadstar reported acquisitions by FourKites and Maersk’s TradeLens and forays into IoT tracking by HMM and DP World.

“We are paying a lot of attention to the trends, and we like to avoid at all costs to build yet another ‘siloed solution’,” a spokesperson for Traxens told The Loadstar.