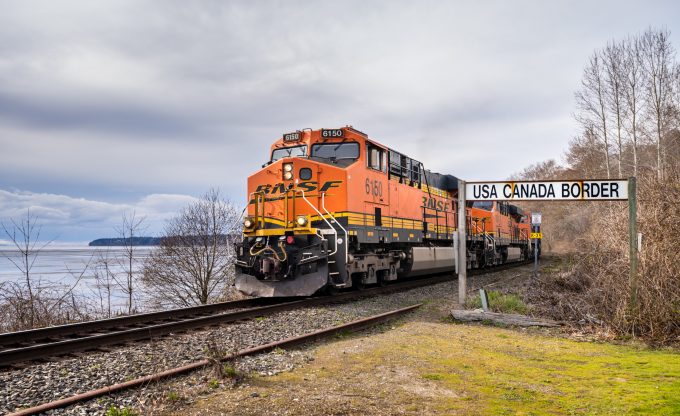 Ottawa is on the way to a more active role in Canada’s freight transport system as transport minister Omar Alghabra plans legislation to give his office greater oversight of ports and rail.

This should be the opening move in a broader push to develop a national strategy and greater government involvement in facilitating and protecting supply chains against disruption.

On the marine side, it aims to make Canadian ports more competitive, allow more effective management and promote sustainability. For the rail sector, the main push is to improvethe  transparency and efficiency of safety oversight by modernising key regulatory processes.

The minister confirmed that private investment “will continue to be central to our ports, having world-class facilities and services”, but added that a “clear and predictable investment climate is key to enabling investors to play this important role”. The bill aims to make sure investments “support supply chain fluidity to make goods available to Canadians at all times at an affordable cost”.

There is broad consensus that Canada needs a national supply chain strategy to ward off disruption and make the Canadian set-up more competitive, something the Association of Canadian Port Authorities (ACPA) and Canadian International Freight Forwarders Association (CIFFA) and others have long been calling for.

According to CIFFA, a lack of strategic co-ordination is a significant driver of challenges for the industry. Risk mitigation strategies are needed to protect trade corridors, border crossings and gateways, and an independent, quasi-judicial regulator is required to keep market forces in check, when needed, given the reliance of the nation on its transport network.

In recent years, Canada has suffered significant supply chain disruptions on the critical corridor from Vancouver, the nation’s largest port, to the interior. Rail and road connections have been cut by wildfires and catastrophic flooding.

Plans for a national freight transport strategy have been brewing for years. In 2018, Ottawa began a strategic review of the need to modernise ports, and in January this year, in the aftermath of the flooding disaster in British Columbia, government convened a  National Supply Chain Task Force to explore measures to strengthen the supply chain.

In addition to formulating a long-term strategy, studies also highlight the need for better alignment of the various government agencies involved in decisions on transport and supply chain matters, and call for the creation of a national supply chain office

To address port congestion, ports have called for authority to develop inland ports. The Vancouver Fraser Port Authority also wants a federal policy to address the lack of available industrial land, noting that this is reaching crisis levels in the Greater Vancouver area.

On the facility development issue, CIFFA and other bodies want to see a streamlining of the permit process. Mr Rodgers added: “Analysis and speed to market on the infrastructure process must be quicker.”

Stakeholders also see a role for the federal government in the technology arena. The report of the task force argued: “Canada is behind in using technology to improve and modernise its transportation supply chain processes,” and the Canada Shipping Federation wants a community system for the nation’s ports.

Inevitably, there are loud calls for more money. The ACPA noted that grants awarded from the National Trade Corridors Fund amounted to only about 10% of the funding requested in the first round. The port organisation also wants Ottawa to establish a fund to support port projects that reduce and offset emissions.