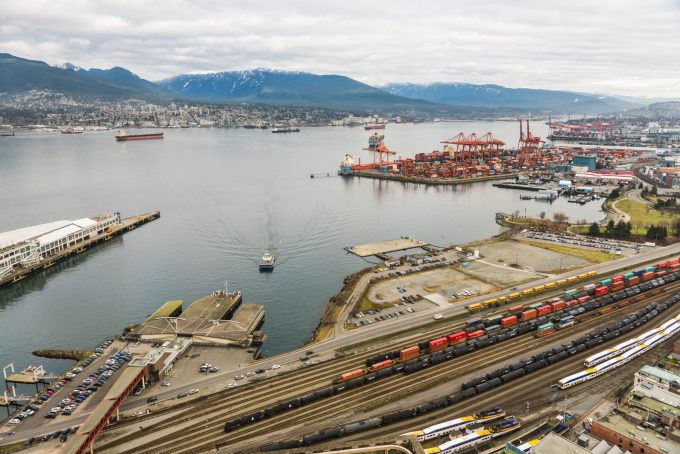 Four regional governors, from California, Washington state, Oregon and British Columbia in Canada, are joining forces in a bid to transform their ports into zero-carbon emission operations.

The move comes as the port of Los Angeles board reported an increase in greenhouse gas (GHG) emissions last year, compared with 2020, with sulphur oxides up 145%, diesel particulates 56% and nitrous oxides increasing by 54%.

Nevertheless, the board said that overall the port had seen GHGs increase since the benchmark of 2005.

Perhaps, as a consequence of persistent increases in GHGs from the maritime sector as a whole, governors Gavin Newsom in California, Kate Brown in Oregon, Washington’s Jay Inslee and John Horgan, the premier of British Columbia, have signed a statement of cooperation that will see the regions invest to accelerate decarbonisation. However, the SOC does not specify a timeframe for achieving the zero-carbon target.

Seven guiding principles will drive the cooperation, including: acceleration of the transition to zero-carbon operations; support for public health, jobs and a lower cost of living; building on economic and technological innovations; accountability for emission reductions; respect for indigenous populations; and preserving and rebuilding natural eco-systems.

The policy also requires a commitment to invest in climate infrastructure, including transport networks, as well as investment in building resilience in forests and communities devastated by wildfires in recent years.

Moreover, the SOC commits the governors to open a dialogue with ports on their decarbonisation plans.

The governors said: The US west coast states and BC have some of the world’s most ambitious transport electrification and emission standards. Extending this ambition to the seas will save thousands of lives in west coast port communities and will help to bring the global shipping industry in alignment with the Paris Agreement’s goal to limit global temperature rise to 1.5 degrees Celsius.”

However, the plan has received a lukewarm reception in some quarters. Teresa Bui, state policy director for climate at Pacific Environment, said: “While this agreement is a positive step forward, we’re disappointed it doesn’t include specific mandates for implementation, or acknowledge the public health crisis of ship pollution.”

Nevertheless, she added: “We look forward to working with these jurisdictions and their ports to more rapidly reduce ship pollution and achieve 100% zero-emission shipping by 2040.”

Work to move the port transition forward could be supported by August’s Inflation Reduction Act, which promises $430bn worth of funding, including $3bn to reduce air pollutions at ports.

In addition, the Clydebank Declaration for Clean Shipping Corridors, made at last year’s COP26 event in Glasgow, created a coalition of 24 countries committed to fossil-free shipping corridors by 2025.

The governors added: “All these efforts need mandatory policies to turn ambition into accountability. The west coast has an opportunity to lead on setting bold mandates for decarbonisation and to send clear market signals to the global shipping industry.”

There is record funding available for ports to transition their infrastructure to zero emissions. In the US, Congress appropriated billions of dollars through the recently-passed Inflation Reduction Act, including $3bn to reduce air pollution at ports.