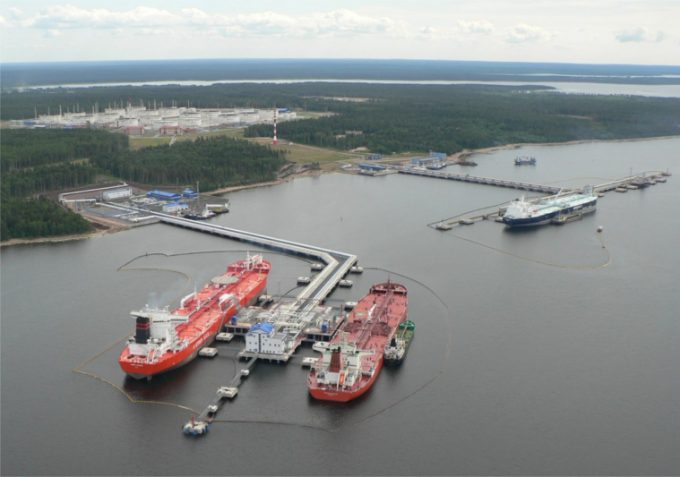 Primorsk, Russia’s major Baltic oil port and the end-point of its Baltic Pipeline System, is on the verge of seeing construction start that will transform the port into a multi-purpose facility for up to 3m teu annually.

Dubbed Primorsk Universal Port Complex (PUPC), it will be built on a 760ha plot, some 1.5km southeast of the existing oil harbour. The new port will have several dedicated terminals, including a container-handling facility with an annual capacity of 2m teu initially, rising to 3m teu at a later stage

Due to its depth of 18m alongside, PUPC would be the Gulf of Finland’s deepest port and will be capable of accommodating Balticmax vessels, according to its director general Andrey Sizov.

“With its 860m-long pier and four berths, our container terminal would be Russia’s only facility able to handle 20,000 teu container carriers operated by [the] largest ocean lines,” he said. “This would save freight carriers’ resources currently spent for feeder services.”

With no domestic competitors in this new niche, PUPC would, in his opinion, be able to focus all the large-scale export and import shipments at its container terminal, while leaving smaller lots to other harbour operators.

The port (and the terminal) would also have a well-developed overland transport infrastructure, featuring both rail approach lines (with an annual capacity of 34m tonnes) and a 42km-long four-lane motorway linking Primorsk with the Scandinavia International Highway. This would make it a regional multimodal transport cluster.

To consolidate and distribute containers, it is planned to build a dedicated warehouse logistics centre (WLC). Occupying a total area of 100ha. The warehousing centre will provide facilities for outdoor, indoor and low-temperature storage, as well as various additional services, such as empty container repair, truck maintenance, oversized and ro-ro vehicle parking.

To arrange temporary container storage, the terminal would have a 40ha container yard, a warehouse for 60,000 teu and a reefer handling area with 3,000 electrical sockets.

“An integrated operation of the container terminal and the cargo village would allow us to provide a wide variety of regular and optional services aimed to meet all the shippers’ logistics needs,” Mr Sizov commented.

To attract new freight owners and flows, PUPC’s principal shareholders, Saint Petersburg businessmen Ilya Traber and Ramis Deberdeyev, have been lobbying for the creation of a special economic zone (SEZ) within the free areas reserved for the development of the Primorsk Port.

“For instance, it could open a door to launching screwdriver industries and assembly lines, which would require imported parts and thus increase container traffic through the terminal.”

It is planned to complete the building of the port facilities by December 2024 to reach the targeted handling volumes by 2030. Estimated at about $2.5bn with a payback period of 12 years, the project would be financed from PUPC’s own and borrowed funds with partial public participation.

Mr Traber and Mr Deberdeyev have pushed the new port’s blueprint forward since at least 2018, but it is only now that it has finally received all the necessary government approvals.

Last week, Moscow listed PULC as a key component of the federal project “Development of the Seaports”, which is a transport part of the “Overall Plan for the Upgrading and Expansion of the Trunk Infrastructure by 2024”.

The federal project is aimed at increasing the aggregate handling volume of all of Russia’s port facilities by 246m tonnes to 1.3bn tonnes by 2024. It implies the total funding of some $8.5bn, including $1bn from the federal budget and $7.5bn from private investors between 2020-2024.

Furthermore, the Kremlin has, for years, been implementing a strategic policy of redirecting Russian freight flows from foreign (mainly the Baltic States) to domestic ports. Bringing the PUPC development into line with this policy, PUPC is seen as one of the primary tools to reach the goal.

Moreover, the deep-water port at Primorsk has been considered as a possible relocation for cargo-handling facilities currently based in downtown St Petersburg port, which has virtually exhausted its potential for further growth.

However, some Russian analysts point to the possible oversupply of container-handling facilities in the region. Russia’s Baltic container terminals currently handle about 2.5m teu, but with an estimated annual aggregate handling capacity of 5m teu.

Under the circumstances, the planned construction of one more container terminal could result in escalating the already stiff competition between the local port operators.

War radar: Circles – the world according to Rose