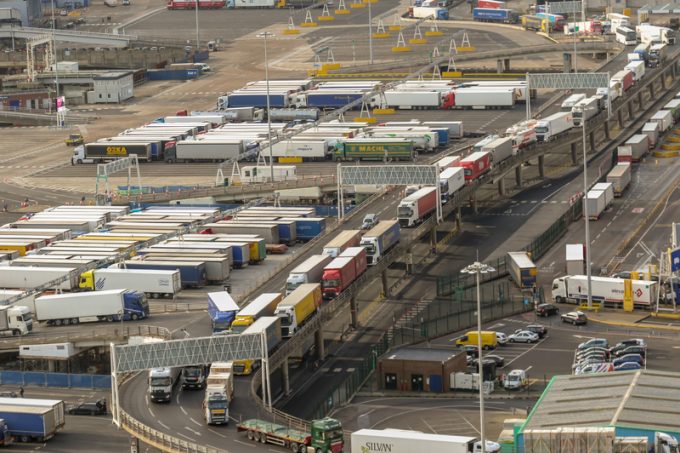 More than a quarter of the trucks crossing into the EU from the UK are travelling empty, as Brexit eats into UK export figures.

Data from the Road Haulage Association (RHA) shows empty lorries leaving the UK accounted for 26% of all truck movements into the EU, with total loaded haulage exports down 47% last month, compared with last year.

A spokesperson for the port of Portsmouth told The Loadstar empty EU-bound containers were making up a larger share of its post-Brexit activity.

And press officer for the RHA Paul Mummery said the surge in empties was, “by and large, Brexit-related”, although he noted that there were some positive signs in the data.

Between week three and week seven this year, the number of trucks moving empty fell from 37% to 26%, and the year-on-year drop for total export movements fell from 68% to 47%.

Meanwhile, one forwarder told The Loadstar it had yet to experience any effect from Brexit on its UK-EU export business.

Mr Mummery said the RHA expected to continue to record improvements month on month until the end of the month, but forecasts for April and beyond remained uncertain, with expectations of “major changes” when new UK import processes are applied.

“Things are easing slowly as firms are making it work, but they still face fundamental problems,” Mr Mummery told The Loadstar. “There aren’t enough customs intermediaries to help them through mountains of red tape, and more challenges are ahead with SPS checks on imports next month and full checks in July… we’re encouraged Cabinet is considering a ‘light touch’ approach to this next phase.”

‘Light touch’ or not, the export figures remain alarming, with data from Germany’s federal statistics office showing demand for UK goods has plummeted by close to 57%.

Italy recorded a 70.3% decline in UK imports in January, compared with a year earlier, and, while coronavirus has played its part in hitting EU economies, demand for Swiss goods (Switzerland and the UK both hold a 2.5% share in the Italian market) dropped just 1.6%.