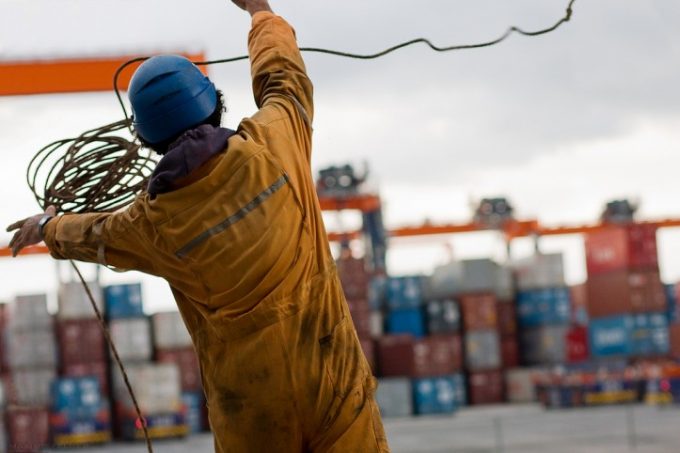 The catastrophic rise of Covid cases in India has reignited the ships’ crew-change crisis, prompting fears it could become “worse than Suez”.

Last week, the port of Singapore banned vessels changing crew who had been in India within the past 14 days, with similar restrictions at the UAE’s Fujairah, a major bunkering hub, and Zhoushan in China.

According to the International Chamber of Shipping, there are some 240,000 Indian crew members at sea a year, of 1.6m worldwide, and concerns are rising that numbers  stuck on vessels could rise from the current 200,000 to the peak of 400,000 last seen in September.

India has advised its seafarers not to sign-off from vessels after completing their contracts, for at least the next month or “until the situation improves.”

Now, the IMO has launched a ‘due diligence’ tool to help businesses “uphold their responsibility to protect human rights at sea”.

Subhash Barguzer, deputy director general of shipping, said: “The spread of coronavirus and the cross-border movement restrictions imposed by these countries has made repatriation of seafarers unsafe and difficult once they sign off at foreign ports. It has also become difficult to provide replacement seafarers for those signing off.”

As well as worsening the plight of Indian seafarers stuck at sea, the port restrictions could disrupt vessel schedules. Mark O’Neil, president of crew managers’ association InterManager, said the supply chain disruption after the Suez Canal blockage would be “nothing compared to the disruption coming from being unable to change crews”.

He told The Loadstar: “It will impact all kinds of vessels as Indian seafarers are hired across the board. Unless seafarers are vaccinated or prioritised, we can look at crew staying longer onboard, due to an acute shortage of crew supply.”

Indeed, at least one container vessel has already been delayed. According to vessel tracking service Fleetmon, the ONE-operated Athens Bridge was denied entry into Malaysia, Singapore and Vietnam after departing India on 22 April. The ship was finally allowed to dock in Manila for emergency medical aid on 6 May after two of the crew were suspected of having Covid-19.

Meanwhile, the supply of empty containers to India could be impacted yet again, this time by the country’s new Covid surge. According to Sanjay Bhatia, co-founder of Freightwalla, the spread of the virus has prompted the government curb the use of oxygen for non-medical uses.

“Industrial oxygen is required for the repair of damaged containers,” explained Mr Bhatia. “The situation is still evolving and numbers are hard to come by. The full extent of the impact depends on how long these curbs last, how large the pile-up of damaged containers becomes and how soon stakeholders can find alternative solutions.

“We encourage everyone to fully support the government’s intention to safeguard lives and hope that the situation can be resolved with minimal impact to human lives, as well as the economy.”