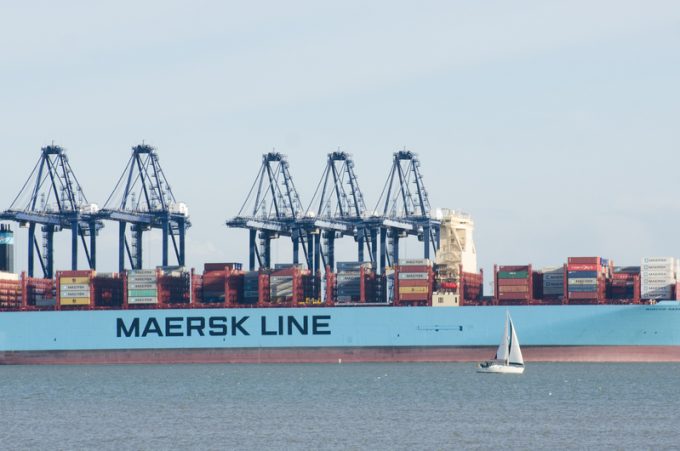 UPDATED 24.11.20 to include Maersk statement

Maersk has announced plans to increase its import haulage tariff for the UK and Ireland on 1 January, as freight rates continue to spike by “crazy” amounts.

The timing could not be more inopportune, adding further misery to importers and a port sector bracing itself for what is expected to be “utter chaos” in the new, and as yet unknown, trade regime between the EU and the UK.

Maersk said the “adjustment” to its import haulage tariff was to reflect cost increases within the industry.

It told customers: “Please refer to the Maersk website for specific rates. We want to thank you for your business and look forward to continuously serving your global transport needs.”

While freight rates have been going “crazy” in recent weeks, haulage tariffs have remained stable for more than a year.

One source told The Loadstar: “We don’t know why Maersk has decided to announce this increase. It could simply be that it has seen an opportunity and taken advantage of it, as the ‘law unto themselves’ that all carriers are.

“We hope, however, that rather than keeping it for itself, it will share the increase with the hauliers in an effort to build longevity and stability in its relationships.”

Since September, there has been a proliferation of overflow container stacks across the UK, with Felixstowe and Southampton particularly hard hit, creating a “bonanza” for carriers which have upped rates in an effort to try and put UK importers off.

However, beyond generating more income for carriers, increased rates have failed to reduce imports, said the source, with “people still wanting their cargo”, and rates continue trending upward.

“You are seeing a trebling, even quadrupling, of freight rates as carriers have sought to stop imports into Felixstowe in an effort to evacuate empties to the Middle East where they are urgently needed,” the source continued.

“This is resulting in importers paying $4,500 and, because of the backlogs, only getting their goods if if they are deemed important enough.”

A spokesperson for Maersk told The Loadstar: “Any increases we are looking for in 2021 are purely to recover costs. This is not related to Brexit or anything else.”

Another source told The Loadstar they did not believe the increase was linked to Brexit, but agreed the timing was “unfortunate”.

The source added: “Poor importers; these increased charges will intensify the misery they will undoubtedly be experiencing as they try to navigate the post-Brexit arrangement with the EU and the additional costs associated with that.”