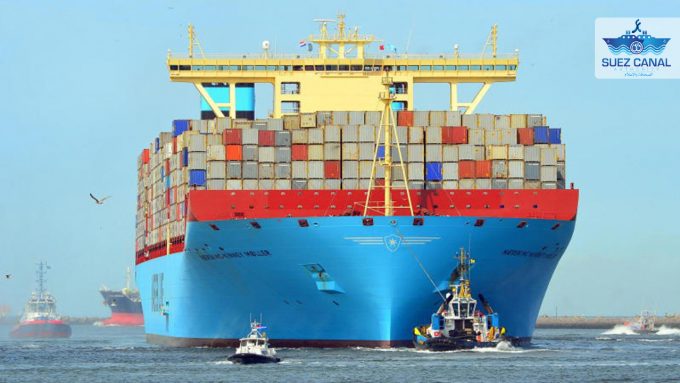 Container spot rates are falling fast on all export routes from China in what should normally be the peak season for demand.

According to today’s reading of the Ningbo Containerized Freight Index (NCFI), all 21 of the routes it covers were trending in the red.

In particular, the NCFI commentary noted, the North Europe and Mediterranean routes were “over-supplied” and demand for transpacific services was “in the doldrums”.

Alongside headlines of another tranche of record eye-watering quarterly profits posted by ocean carriers this week, there was a general acceptance from the lines that the supply/demand scales were shifting back in favour of the shipper. Both short-term prices and long-term contract rates were experiencing downward pressure.

“There is a fairly material easing of demand,” Rolf Habben Jansen told analysts at an interim H1 earnings call yesterday, “and we also see that in the bookings and the quotations being requested. ”

Nevertheless, where there are pockets of port congestion, carriers have been able to mitigate the rate erosion, for example on the Asia-North Europe tradelane, where hub ports suffer a combination of increased import dwell times, labour shortages and industrial action.

The North Europe component of the Freightos Baltic Index (FBX) fell 5% this week, to $9,969 per 40ft, compared with spot rates to Mediterranean ports which slumped 10%, to $10,649 per 40ft, where there is little or no congestion.

And for the US west coast, the FBX reading of $5,939 per 40ft represented a further 11% drop, as the average wait times for a berth at the Los Angeles and Long Beach terminals reduced to three days.

East coast ports saw a more modest decline in the FBX, of 6%, to $9,560 per 40ft, as ports on the Atlantic remained backed up with vessel arrivals.

Mr Habben Jansen said the carrier’s transpacific bookings were “holding up reasonably well”, in contrast with Europe, where there was “more nervousness” being shown by consumers.

However, the latest Global Port Tracker report, released this week by the US National Retail Federation and consultant Hackett Associates, was less optimistic about US trade. Founder Ben Hackett said: “The heady days of growth in imports are quickly receding.

“The outlook is for a decline in volumes compared with 2021 over the next few months, and the decline is expected to deepen in 2023.”

Ocean carriers will look to blank as much capacity as possible in the coming weeks and months, to level up the supply/demand equation where their visibility shows the weakest booking trends.

Meanwhile, the eight-day strike at the UK’s port of Felixstowe, commencing on 21 August, will result in several carriers sitting out the industrial action and taking out capacity.

Maersk said today the strategy for 2M Alliance vessels scheduled to call at Felixstowe during the strike would be a combination of bringing forward the rotations of three loops, while delaying the arrival of five others until after the stoppage .

Most shippers would prefer this to having their containers stranded at another port on the continent, or having to rearrange haulage to collect imports at Southampton or London Gateway.

However, they are far from impressed by Maersk’s decision not to offer a moratorium on demurrage and detention charges for the duration of the strike.

“That’s just not fair,” a Felixstowe-based NVOCC complained to The Loadstar. “It annoys me that they just assume they can get away with this sort of thing.”