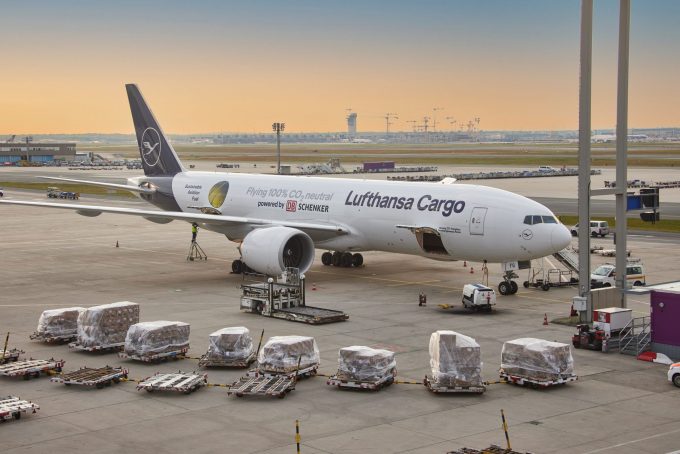 Fleet modernisation, fuel efficiency measures and sustainable aviation fuel (SAF) will be key factors if Lufthansa Cargo is to achieve its bold plans for CO₂ neutrality by 2050.

The cargo operator is working with science-based reduction targets of greenhouse gas emissions to bring its CO₂ emissions into line with the United Nations’ Paris Climate Agreement.

The airline said science-based targets only accept emission reductions that are the result of fuel consumption reductions; for example, through modern new aircraft, operational and airspace infrastructure measures and the substitution of fossil fuel with SAF.

The vast majority of its CO₂ footprint comes from flying. Dorothea von Boxberg, CEO of Lufthansa Cargo, told journalists in Frankfurt the company had reduced its CO₂ footprint per tonne km by 52% over the last 25 years.

“This is mainly coming from the use of new-generation aircraft, and the engine manufacturers are still doing a fantastic job,” she said. “I think what we have achieved is remarkable. It shows that investment in new aircraft helps the environment.”

“We came from more than 2m tonnes of CO₂ a year, and now we are at 1.4m tonnes annually. That was after we phased out the older MD-11Fs. We are now flying a pure 777 fleet.”

By 2030, Lufthansa Cargo will receive up to 10 additional Boeing freighters, including seven 777-8Fs that will further reduce emissions – but until then, the airline will have to look at alternative measures to reduce its footprint and that will mostly be derived from greater fuel efficiency and the use of SAF.

“Those are the ones that are acknowledged by the science-based targets initiatives as reducing carbon footprint,” said Ms von Boxberg.

There is a significant amount of support within the industry and governments to fully support a transition towards the use of cleaner more sustainable fuels.

Experts at aviation consultancy firm IBA suggest that, within the next three years, the industry will see a 2% SAF mandate in Europe, which will gradually ratchet-up over the years – a real step in the right direction.

The mandate itself is ambitious and will require huge capital investment and scaling-up of current sustainable fuels infrastructure and refineries to be able to meet the quantities required to serve a fuel-hungry market. Within Europe, there is significant investment into synthetic fuels, particularly in Germany, to reduce reliance on land use and raw materials to create SAF.

In North America, there is already a sustainable fuel revolution, but of course it too faces significant challenges in being able to scale-up production rates to a level that will have a tangible influence on the fuel markets.

Ms von Boxberg said: “If you look at certain SAF feedstock, at some point it is limited; some people are telling us there’s a lot more feedstock available, but ultimately, aviation is not the only industry that wants sustainable aviation fuel, so other technologies, like power-to- liquids, will become very important.”

Reducing weight and optimisation of operations are other measures Lufthansa Cargo is analysing. Ms von Boxberg said lightweight containers were now fitted across the entire fleet and “we are now also thinking about lightweight nets that secure the air freight,” she added.

Flying more direct routes and better forecasting of fuel consumption under certain weather conditions are all areas the airline is also examining, in addition to equipping all its freighters with ‘sharkskin technology’ from this year. Lufthansa Cargo said this was a coating that reduces an aircraft’s frictional resistance in the air by more than 1% and, thus, reduces fuel consumption.