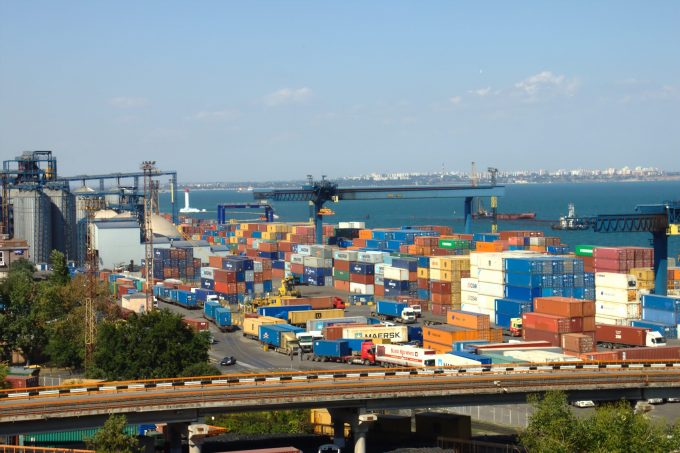 Estimates from the United Nations (UN) have put the number of Ukrainian nationals fleeing the country at close to three million, but that still leaves some 40m to feed and offer care for, particularly medical care.

Meeting those needs in country under attack from neighbours in Russia and Belarus is not only very tough, but also critical and The Loadstar has sought to understand how essential supplies are reaching the stricken population.

In speaking to Odessa-based cargo analysis and consultancy firm Informall, The Loadstar has clarified the situation, with the obvious proviso that the Ukrainian company cannot disclose any stakeholder names, which would place them in danger.

Informall reports that between 6 and 11 March, terminals in the Odessa region began releasing import containers for consignees under instructions provided earlier by shipping lines.

“In most cases, shipping lines have stopped accepting letters of credit and insurance certificates. Currently, cargo release is possible under ‘delivery against cash’ terms. Certain shipping lines require up to a $5,000 cash deposit for a 40ft container release.”

Perhaps a more surprising issue is that the shipping lines’ agencies in Ukraine still have not provided clear information regarding demurrage fee waivers or cancellations, reported Informall.

However, priority for release is being given to containers containing foodstuffs, frozen products, medical products and other essential items.

“Most of the released containers are being offloaded in the nearest available warehouse, where items are transferred onto trucks for further delivery. Depending on the type of product, trucks will be transporting cargo directly to the places where it is most needed.

“Alternatively, cargo will be carried to distribution centres in the western part of Ukraine, where it will be processed and sorted for final delivery.”

According to Informall, the Kyiv government is working closely with trucking companies, and volunteers with commercial vehicles, to ensure a coordinated flow of products for regional requirements.

“Many owners of distribution centres, warehouses or inland storage facilities in Ukraine are offering free storage and cargo-related operations to support civilian and army needs.”

Empty equipment is being returned to the terminals for storage and some container terminals in Odessa have confirmed their extended free storage policy for empty boxes and full export boxes until further notice.

“We are also aware of some occasions when low-value cargo (or low-demand products) are being abandoned at the Odessa terminals. The reasons why importers leave containers vary. Some importers consider the terminal a safer place for their cargo during a war, others simply do not have resources to offload and store the cargo at the warehouse,” said Informall.

More recently, Odessa terminals started to accept full export containers, but for storage purposes only, and with no cargo liability. There are no port calls scheduled, meaning export containers will be stored at the terminal until further instructions.

One terminal representative in Odessa said most of the port facilities had paused their operations and there is a minimum labour presence at terminals.

Romania has become a significant import gateway for Ukraine. Containers are being delivered to Constanța, with feeder services connecting Turkey and Romania as well as direct vessel calls. Shipping lines require importers to offload containers in Constanța and truck cargo to Ukrainian destinations.

“As a result, the port of Constanța is becoming congested and importers are struggling with storage facilities. Local port operators and authorities are looking for alternative storage sites within the Constanța region.”

With a view to assisting Ukrainian importers, some shipping lines have released containers under an agreement that will see boxes delivered to neighbouring Moldova, there they will be offloaded at domestic warehouses with trucks  again performing final delivery to Ukraine.

This works for both Ukrainian and Moldovan shippers, because Moldovan exporters will have that increasingly rare commodity, empty equipment for their exports.

“Turkish container terminals are also accepting Ukrainian imports,” said Informall, however, there is no “clear information on terminal storage fees”. Cargo stored at Turkish terminals could, therefore, be racking up enormous costs for the future, “a concern for Ukrainian importers”.

Even in the heat of war, Ukraine has managed to successfully export some cargo via Constanța. Trucks that delivered imports are returning with export freight to Romanian terminals, where it is transferred into ocean containers.

“However, such a logistical solution is occasional than regular,” explained Informall.

“Many global logistical companies are providing voluntary assistance to Ukraine by opening consolidation sites at their locations. Humanitarian aid and other essential products are being accumulated for transport to Ukraine via all possible logistics routes, including air.”

As the logistics sector steps up efforts to aid the crisis in Ukraine, the UK ...