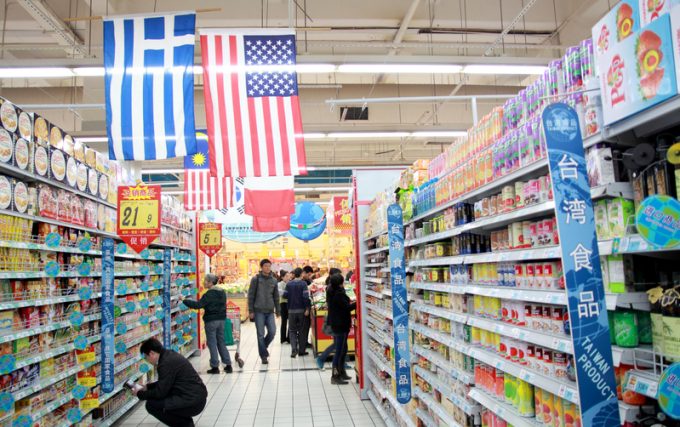 However, concerns over liability are largely blocking the proliferation of door-to-door cold chains.

“Demand on us is very high in terms of cold chain handling,” said Brendan Harnett, president and CEO of Flying Fresh Air Freight.

Most perishables shippers require frequent updates on ambient conditions of their cargo. However, this close scrutiny usually does not extend beyond the airport of entry into China, he noted.

“There is some discrepancy in cold chain handling. It seems to operate at a different standard,” he said.

For shippers this is not really a concern, as their responsibility usually ends when the cargo touches down at the Chinese airport of entry and the importer and his logistics provider take over.

But the irony is that Chinese consumers’ demand for perishables from overseas is, to a considerable extent, driven by concerns over domestic food quality, following scandals over tainted products like baby formula.

Theoretically, door-to-door cold chain services should go a long way to resolve this problem, but the market has shown scant interest.

“We have door-to-door services available, but on the perishables side most shippers are not interested because of liability. If they sell door-to-door, they become liable, and they don’t want that,” Mr Harnett said.

“It is about liability,” agreed Chris Connell, senior vice-president, perishables, North America at Commodity Forwarders. He added that this was not just because of cold chain infrastructure in China. To begin with, shippers were wary of delays in customs, he said.

“From a shipper or grower point of view, why take the risk of the customs process, not-so-great cool infrastructure at airports in China and then how to distribute beyond airports?” he added.

The complexity of air freight is another hurdle. Some end-to-end solutions have been put in place within the European Union, using predominantly surface transport.

The issue is not specific to China, Mr Connell added. He points to the UK, where fewer than 3% of customers want door-to-door service from North America.

“If Europe is not catching on with true door-to-door, why would the rest of the world?” he asked. “Over the past 10 years we always thought it made sense to go end-to-end, but it never really materialised,” he said, adding that there had been a few exceptions.

For the most part, these have come from the importers’ side. Mr Connell reckons that the impetus will have to come from the consignee camp.

“You need a retailer or a wholesaler who says ‘hey, I have this problem, I need it solved’,” he said.

“In the more mature perishable markets, we do see where consignees ‘route’ cargo, or choose the forwarder, so those consignees take possession of the goods at the origin airport in some cases. These tend to be around a particular consignee being able to pool their volumes from many growers into one forwarder for a preferred rate or access to space.

“We have found it rather rare that a shipper or grower will handle anything to door in a destination country – not just China.”

The consolidation on the forwarder side should facilitate the evolution of end-to-end cold chain solutions. Panalpina executives have spoken of their ambition to create universal standards in their perishables business, so that sourcing from different origins should be the same experience for customers.

Commodity Forwarders was taken over by Kuehne + Nagel last year. While its operations continue unchanged, there is some effort to align with other perishables outfits under the K+N umbrella, Mr Connell said. Door-to-door solutions are not high on the agenda, though.

“We will walk carefully into it. We give people many options,” Mr Connell said. “It’s not coming yet.”