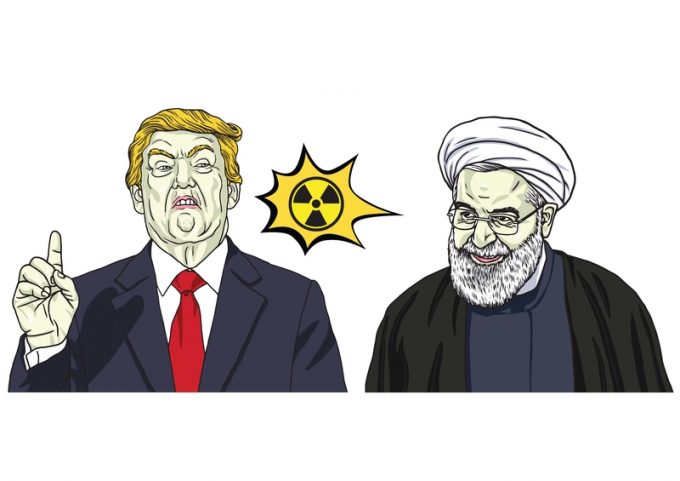 Major container shipping lines that withdraw services from Iran, following the re-imposition of US sanctions, could inadvertently fall foul of EU legislation.

These regulations are designed to protect European companies from being sanctioned by US regulators.

In May, president Donald Trump announced the US withdrawal from the Joint Comprehensive Plan of Action (JCPOA), taking place in two phases stretching between three and six months, and would see multinational companies with extensive operations in the US – such as global shipping lines – targeted by US regulators if they continued to do business in the country.

In the aftermath of that decision, CMA CGM, Maersk and MSC have announced they will not accept bookings for shipments to and from Iran.

The US move was met with dismay by the JCPOA’s other signatories, France, Germany, the UK and EU, and the European Commission subsequently announced what it calls a blocking statute that “forbids EU companies from complying with the extra-territorial effects of US sanctions, allows companies to recover damages arising from such sanctions from the person causing them and nullifies the effect in the EU of any foreign court judgements based on them”.

In May, the EC said the blocking statute would come into force before the US sanctions come into force – 6 August, the end of a “90-day wind-down period”. As the date nears, European companies face increased legal uncertainty, according to law firms.

In a recent commentary, law firm Venables warned companies to closely monitor the powers the block statute would confer on EU regulators.

“While noncompliance with the blocking statute can be a criminal offence in some member states, it has mostly been considered a toothless tool until now,” it said.

“This has been the case in part because it had only limited application. This would be different this time around as it targets a major US sanctions programme.

“Should the commission and member states begin to enforce the blocking statute rigorously, many companies will have no choice but to be in violation of either EU or US law. As the US has a history of strict sanctions enforcement, many companies will most likely – at least initially – consider potential EU fines the lesser worry.”

However, the firm also argued that that response from companies could likely stiffen the resolve of the EC and EU member states.

“The commission and member states could find themselves trapped in a situation where they either accept the ‘supremacy’ of US law – a defeat unpleasant to swallow, considering the present transatlantic trade tensions – or opt for strict enforcement of the blocking statute,” Venables said, although it also noted that responsibility for enforcing the backing statue rested with individual member states.

However, it added that there was also a legal threat to firms such as shipping lines from commercial litigation following the cessation of shipping services.

“What could give the situation an interesting twist is if “enforcement” initiatives come from private parties, that is, if business partners of companies that abide by the US Iran sanctions were to start damages actions across the EU.

“Under the blocking statute, the latter could claim damages against the multinational,” it warned.