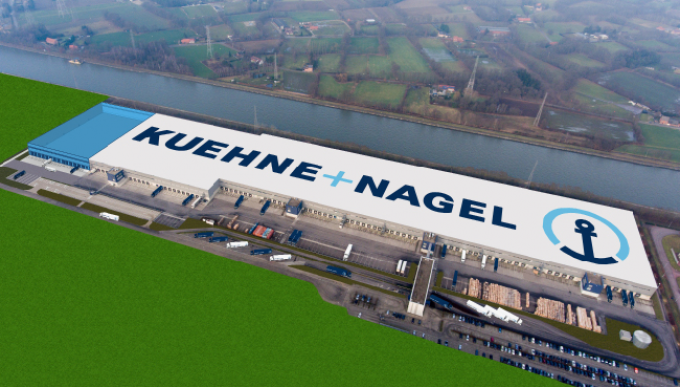 Kuehne + Nagel’s decision to sell 24.9% of Apex, which it bought in May, is part of a wider strategy to identify more M&A opportunities in the Asia Pacific region, it said yesterday.

K+N announced in July it would sell part of its stake to Partners Group, chief financial officer Markus Blanka-Graff telling investors the forwarder wanted an investment partner in Asia.

“With a strong partner with good expertise in Asia, we will have access to potential targets. M&A targets are sometimes identified by them raising their hands, and sometimes by investment partners.

“This will … open doors when you don’t even know there is a door there. It’s strategic.

“We wanted expertise and know-how, and it’s important that partners with a seat on the board can bring that know-how into the boardroom. It’s different when you have a joint share of the commercial benefits.”

Mr Blanka-Graff appeared to rule out any major, $1bn-shaped M&A deals in the near future, but said: “Our strategy has not changed. Our M&A strategy is very much focused on Asia.

“Will you see bolt-on small acquisitions? Yes, you will,” he added, citing the recent acquisition of Norway’s Salmosped as an example.

“Niche players with a complementary note are always on our agenda. We select targets based on relevance to business model, strategy and size.”

CEO Detlef Trefzger added it would help K+N get “closer to the Asian customer base”, and explained that the original interest in Apex was due to its transpacific expertise in air freight – and different business model.

“We can leverage this further, most likely on the transpacific. The unique position of Apex in Asia is its use of co-loaders. Co-loading is about 40-45% of its [air freight] volumes, but both parts are developing at the same speed.

“Gross profit is much harder [in the co-loading business], but there is a different conversion rate, and a different business model, and that’s one of the reasons we pursued Apex. We are looking at joint procurement with Apex, which will help us get a higher margin than in previous years.”

In a wide-ranging call, K+N also said it had seen changes in both commodities and geographies in the past 18 months.

In response to a question about near-shoring, Dr Trefzger explained: “We saw a trend towards regionalisation 10 to 15 years ago – Vietnam was more recent but Romania, Mexico and Turkey have all benefited from this trend.”

But he said some shippers were now seeking ‘second sourcing’.

“In consumer electronics and automotive, we are seeing a trend towards second sourcing in a different geography. If you were a service provider in Wuhan early last year … production would have stopped. If you had a second producer in Mexico, there would have been a chance to continue production. Second sourcing in a different geography is a trend we see in certain customers that didn’t have that in place previously.”

K+N said it expected sea freight rates to stay high until at least the lunar new year, while air freight rates would remain high until bellies were back, which it did not expect until 2023 or 2024. The high rates had triggered a shift in goods going by sea, added Dr Trefzger.

Commoditised sectors, he said, such as agricultural products and paper, were not currently moving by sea.

“Very high freight rates will likely stay higher, and certain cargo mixes won’t be there,” said Mr Blanka-Graff. “We could see other geographies becoming important, which might well end up in higher gross profit per unit than now.”

Dr Trefzger added that although rates from 2012 to 2019 might be seen as a good indicator for future rates, they were “historic lows” – and other factors would likely now impact rates, such as upgrading port infrastructure and sustainability.

“All this will make higher transaction costs permanent.”