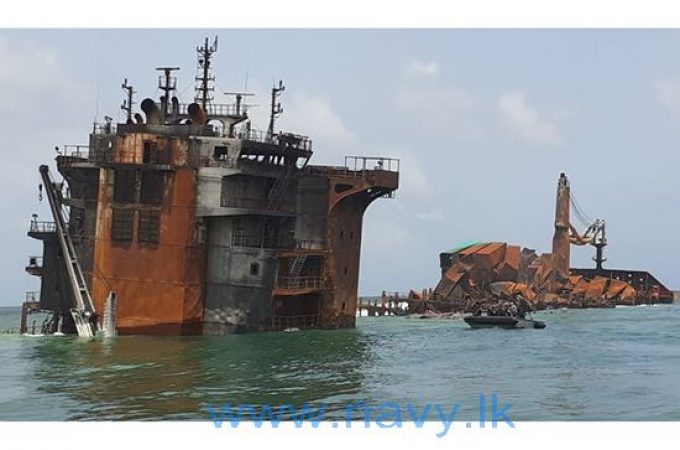 As salvors move in on the twisted, burned out hull of the X-Press Pearl, its owner and operator believes further oil pollution in the sea is unlikely, as the temperatures at the peak of the blaze will have “incinerated” any remaining fuel.

The aft of the vessel’s hull is now on the seabed in water around 20 metres deep, with the forward part of the ship still afloat. Salvage teams have now boarded the wreck to investigate the next steps in the operation.

An X-Press Feeder spokesman told The Loadstar: “We think a lot of it [the fuel] has been incinerated, along with just about all of the cargo, but we cannot confirm this until we have a report from the salvage team.”

There was “a tiny bit of pollution around the hull”, he added.

Meanwhile, the shore-cleaning operation is being hampered by the Covid restrictions, with staff on the beaches having to socially distance. The restrictions “are not helping” the clean-up, admitted the spokesman.

However, he did confirm that there had been more than one container of plastic pellets lost, but could not say how many in total.