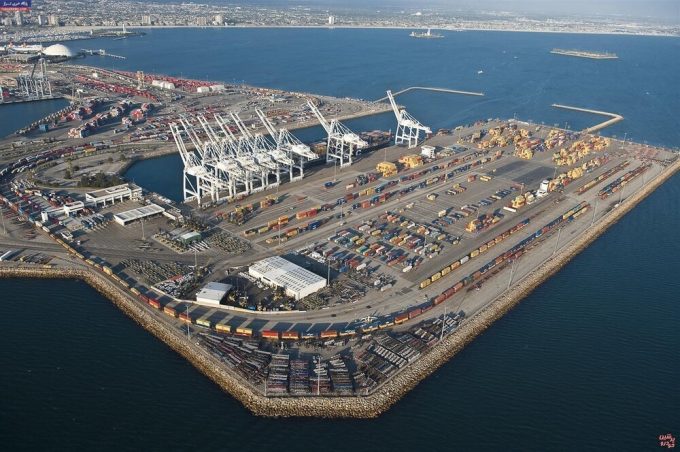 Islamic Republic of Iran Shipping Lines (IRISL) has steadily ramped up cargo movement contracts on the route, moving some 114 containers and 3,000 tonnes of other freight between May and July, according to regional industry sources.

Some of that traction could be attributed to a new currency trading mechanism allowing Indian exports/imports to be denominated in rupees.

Established in 2000, the INSTC spans 7,200 km of integrated sea-rail-road connectivity links between India, Russia, Iran, Europe and Central Asia, including 13 countries in total.

Besides substantial logistics cost advantages, which estimates put at 30%, stakeholders say the movement of goods between Russia and India via the INSTC takes around 25 days, compared with about 40 on more traditional shipping connections.

“Indian exporters are keen to use the route, which reduces the voyage time to Central Asia by 40% and costs by 30%,” the Federation of Indian Export Organisations (FIEO) noted.

India and Iran have also been working through bilateral arrangements to include Iran’s Chabahar Port under the INSTC framework.

New Delhi holds a 10-year lease on two berths at Chabahar, with an option to renew with mutual agreement. Of these, one on a 640-metre quay is essentially meant for container handling and the other, with a 600-metre berth, is for multipurpose cargo.

“Once we start exploring this route [INSTC] for trade, we will be able to rationalise our logistical cost, in terms of both money and time, helping to build an economical, faster and shorter route between the two regions,” India’s shipping minister, Sarbananda Sonowal, noted at a recent event in Mumbai, held to seek industry support for Chabahar/INSTC. 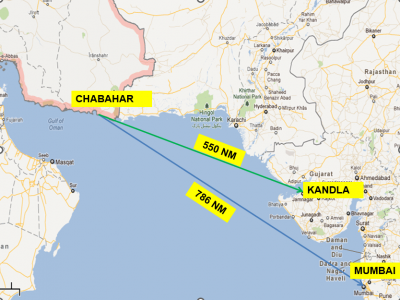 “The idea of INSTC via the vibrant Shahid Beheshti port at Chabahar in Iran is an idea to connect the two markets using a multimodal logistics corridor.”

And a high-level Indian delegation, led by Mr Sonowal, was in Tehran last week. Coinciding with this visit, six mobile harbour cranes were installed at the port to speed up operations, and a joint task force was set up for better co-ordination between the two sides.

It was also agreed that India Ports Global, which handles Indian investment at Chabahar, would soon open offices in Tehran and Chabahar to facilitate trade through the port.

A government statement said: “The strategic role of Chabahar port to unlock trade potential in the regional trade between Central Asia, South Asia & South-east Asia is huge. We are continuously working towards making the International North South Transport Corridor as the preferred route of trade between the two regions.”

Chabahar is about 790 nautical miles from Nhava Sheva (JNPT) and Mumbai. The Nhava Sheva port authority has announced some tariff concessions for ship calls to/from Chabahar to attract interest from ship operators.