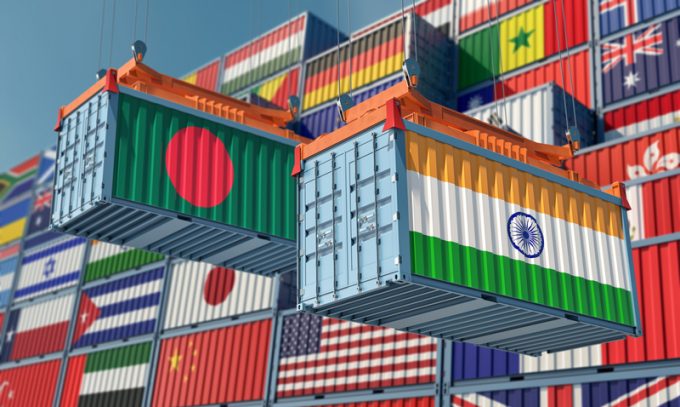 Amid uncertainty over receiving timely payments, due to sanctions imposed by western nations on Russia, Bangladeshi garment makers have been urged to be cautious in exporting to Moscow.

The Bangladesh Garment Manufactures and Exporters Association (BGMEA) has asked member factories to get guarantees from buyers before shipping.

The move to restrict major Russian banks from the SWIFT international payment system could block making or receiving payments.

Bangladesh has more than $1bn in export trade with Russia, the majority of which is garments, the country’s main foreign currency earner. Apparel makers fear if Russian banks are removed from SWIFT, they will face severe difficulties in getting payment.

In addition, as major shipping lines have cut services to Russia, exports have halted.

BGMEA president Faruque Hassan told The Loadstar: “I have warned exporters, ‘think before you ship’. And don’t seek my help to get payments, when they become stuck. I can’t give any guarantees.”

Mr Hassan, however, said the BGMEA was also in talks over alternative ways to get payments for goods which have already shipped, should SWIFT block all Russian banks.

Siddiqur Rhaman, former BGMEA president and a garment exporter to Russia, said apparel makers were monitoring the situation, with some buyers making assurances that if SWIFT blocks Russian banks, they will make payment via Italy, China or Hong Kong.

“I have some containers ready, stuffed with garment items, for shipment. But I had to halt their sailings,’ he said adding that MSC would not take bookings of cargo to Russia from Chittagong for the time being.

In India, which is not expected to apply sanctions to Russia, industry observers admit the crisis will cause “a bit of disruption” to the pace of container trade growth.India’s container volumes have rebounded steadily since the second half of 2020, propelled in large part by stronger-than-expected export demand. According to the latest available data, the country’s 12 major public ports saw combined throughput from April to January – the first 10 months of fiscal year 2021-22 – soar 22%, to 9.34m teu.But with all major shipping lines suspending services to and from Russia, along with those routed via the Baltics, the Black Sea and the Russian Far East also affected, trade will be disrupted.“In 2021, our trade with Ukraine and Russia stood at $3.1bn and $11.9bn, respectively,” Sanjay Bhatia, co-founder of digital freight forwarder Freightwalla, told The Loadstar. “The current tension is likely to strain businesses and the flow of goods in and out of India for these countries.”Mr Bhatia said the crisis added “another layer of complexity and uncertainty” for Indian shippers and freight forwarders already navigating multiple supply chain challenges, including equipment availability and vessel capacity.“Many trade organisations have already cautioned Indian exporters to reconsider their shipments via the Black Sea route, and insurers hesitate to cover for damage or delay. In addition, there may be delays in shipments, complications in payment options and challenges in access to credit guarantee cover.”Indian executives at major container lines remain tight-lipped: “It is too early to comment,” one Mumbai-based liner official told The Loadstar.At the same time, officials at Jawaharlal Nehru Port Trust (Nhava Sheva) – a busy gateway for Indian container trade – sounded upbeat about throughput growth. The port handled 5.17m teu between April and February (11 months of fiscal year 2021-22), surpassing its previous record of 5.13m teu for fiscal year 2018-19.