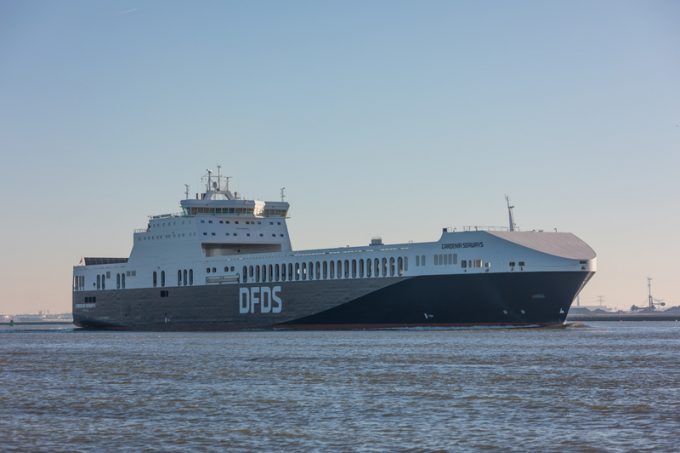 Danish ferry operator and logistics group DFDS today reported a 27.9% increase in revenues for 2021 over the previous year to just under Dkr17.9bn ($2.74bn).

This was on the back of strong Mediterranean volumes and logistics revenues bolstered further by its acquisition of cold chain operator HSF.

Full-year ebitda grew 24.9% to Dkr3.4bn and, with the worst days of Brexit in the past and the gradual reopening of a post-Covid passenger travel under way, it said it expects a further 23-27% revenue growth this year, and forecast a 2022 ebitda range of Dkr3.9bn-4.4bn.

The star performers in its ferry freight division were its Mediterranean routes, principally from Turkey to the EU, which were aided by a depreciation of the Turkish lira against the euro and a new route between Turkey and Spain.

CEO Torben Carlsen said the region would see double-digit growth volume this year, and the company noted: “The Mediterranean business unit is expected to benefit in 2022 from continued growth in Turkish export volumes, supported by capacity expansion and further optimisation of operations.”

The results came despite growing port congestion at DFDS’s Adriatic hub of Trieste, where volumes had grown by 56% since 2018, but Mr Carlsen was confident cargo would continue to flow.

“We have seen capacity issues in Trieste, and we are working with the port to optimise operations as best we can. The flows from the additional tonnage we plan to deploy should be manageable – it could definitely be a better service for customers, but we will have to make do with what we have,” he said.

And while UK-Europe volumes in 2021 declined over the previous year, as a result of the large pre-Brexit stockpiling in the latter part of 2020, DFDS said it expected to see volume growth return to its cross-Channel and North Sea services.

However, it warned that the UK market would remain in transition as the final set of Brexit border checks come into force in July, although data from last month showed “volumes on all UK routes increased considerably compared with last year”.

It also warned that revenues may take a hit on cross-Channel routes, due to the increased competition from Irish Ferries. It said: “The entry of a third ferry operator  creates considerable overcapacity in the market, especially since freight volumes have declined since 2019. This is likely to increase price pressure in the market and reduce incumbents’ market share.”

The fourth quarter of last year also represented the first period in which HSF Logistics contributed, and Q4 revenues soared 76% over Q4 21 and it has doubled its earning guidance in logistics from Dkr593m in 2021 to Dkr900m-1bn this year.