News / Hub Group and Heartland on the US fulfilment acquisition trail 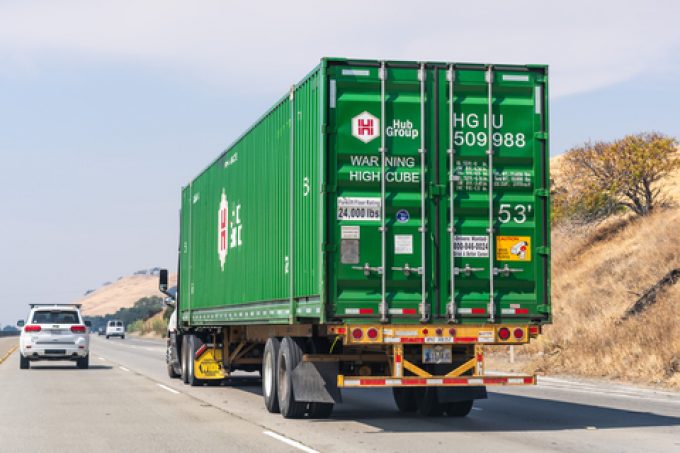 Heartland Express is to acquire Contract Freighters’ dry van and temperature-controlled truckload business and CFI Logistica’s operations in Mexico, both from TFI International, for $525m.

The merger excludes CFI Dedicated and CFI Logistics US brokerage operations, which were retained by TFI.

In a smaller deal, Hub Group, one of the main intermodal players in the US, is continuing its diversification with the acquisition of TAGG Logistics, a provider of e-commerce, B2B and omni-channel fulfilment services, for $103m.

TAGG, which is on track for $200m in revenue this year, has some 800 employees across 18 facilities, with a total warehouse space of 372,000 sq metres, from where it can reach 99.7% of the US population within two days, it claims.

The takeover boosts Hub’s warehouse footprint to more than 836,000 sq metres, enabling it to add a complementary e-commerce service to its platform.

Hub Group management described the deal as “a strategic milestone” towards its declared goal of raising revenues to $5.5bn to $6.5bn by 2025, a strategy based on “achieving resilience through diversification”, it said.

And the company is halfway there; nearly half its revenue in the past quarter were derived from non-intermodal business. Q2 produced record revenue of $1.4bn, up 43% on a year ago, with net income surging from $26.6m in Q2 21 to $102.8m.

Hub president and COO Phil Yaeger emphasised that the group’s diversification strategy did not mean diminished attention on the intermodal business, adding that management intended to continue to invest in intermodal and acquire more containers.

However, shippers seem to have reservations about the intermodal option. The port of New York & New Jersey recorded an 11.4% increase in container throughput in the first half of the year, as importers shifted China flows from the congested west coast to eastern gateways. Container lifts on the docks in NY/NJ were down 3.8% year on year, though.

In part this was due to aggressive pricing from trucking firms in recent months, but a bigger problem has been congestion on the US rail network, which has seen clogged-up inland terminals slowing flows, further exacerbated by shortages of rail cars and chassis. To cope with the problem, BNSF and Union Pacific (UP) implemented metering of traffic from west coast gateways.

Forwarders have responded by terminating intermodal shipments at the US ports and trucking cargo to final destinations, as they feel they cannot rely on the rail network for timely deliveries.

While congestion at the ports has eased, the rail system remains clogged up. UP recently announced more grief for US shippers and plans to divert some loads to Oakland while it starts a major capital improvement scheme at its Lathrop terminal, expected to last 18-24 months. For shippers affected by this realignment of lanes, this translates into $300-$400 of higher charges per container.

Given the problems in the rail system, the US intermodal business has not had a great summer. In the week ended 20 August, movement of intermodal containers and trailers was down 2.4% on a year ago.

To listen to Blue-Alpha Capital founder John McCown talking about how to calculate the effect of raised rates on inflation listen to The Loadstar Podcast here.