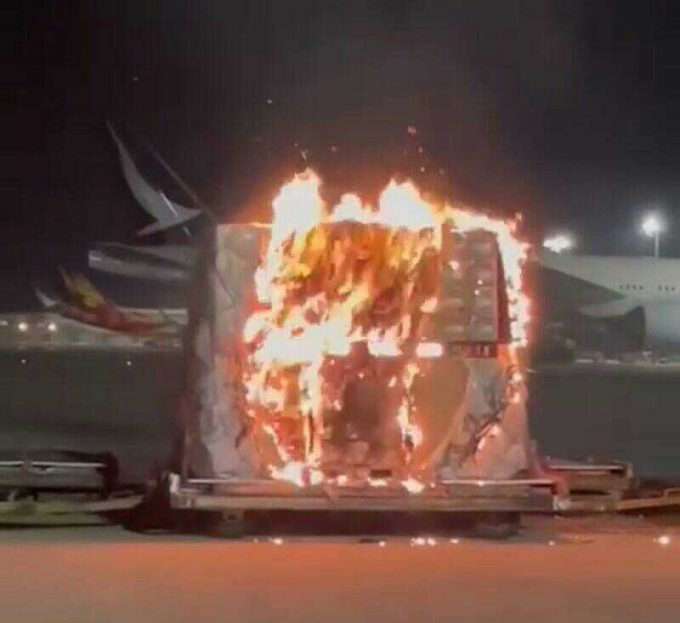 Following a serious fire at the weekend, Hong Kong Air Cargo has prohibited shipments from two local air freight companies, and any co-loaders, as well as a full ban on Vivo mobile phones.

The airline told customers it would no longer accept cargo from Cargo Link Logistics HK and Sky Pacific Logistics HK, with immediate effect and until further notice.

Images of shipments on fire at Hong Kong Airport have circulated on What’s App. The freight included a batch of China-manufactured Vivo smartphones and accessories due to be shipped to Bangkok – reportedly the Y20 model.

The phones were loaded across three pallets, all of which caught fire,  and it reportedly took the emergency services some 40 minutes to put out the blaze. Sources told local media that, while the airport’s operations were not affected, a 24 by 12 metre space on the tarmac was damaged. 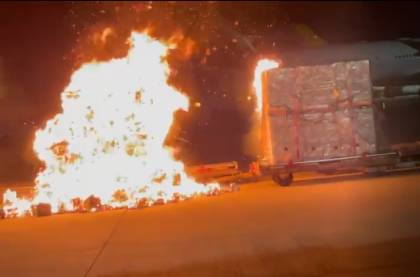 The fire spreads to the next pallet … 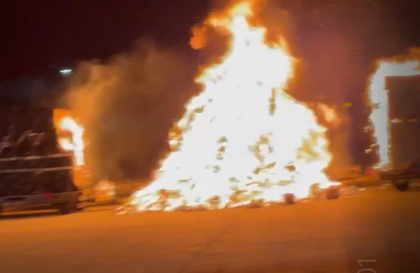 …and to the next 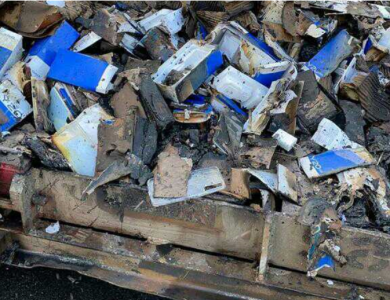 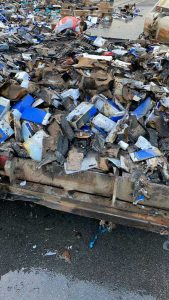 Vivo phones are made in Guangdong, but the company has recently made inroads into the Indian market and is also producing phones there. Vivo appointed Indian cricketer Virat Kohli as its brand ambassador, and has been the main sponsor for the Indian Premier league.

Vivo was founded in 2009, and has since spread its footprint across Asia. It announced in October it would enter the European market.

There has been at least one previous claim of a Vivo phone exploding, but the biggest scandal involving the company came last year when Indian police found more than 13,500 Vivo phones using the same IMEI number – a 15-digit code that should be unique to each phone.

No other airlines appear to have yet banned carriage of the phone type. Samsung had to recall some S7 phones in 2017, following reports of fires. But this latest incident will no doubt trigger new scrutiny of the shipment of lithium ion batteries and mobiles.