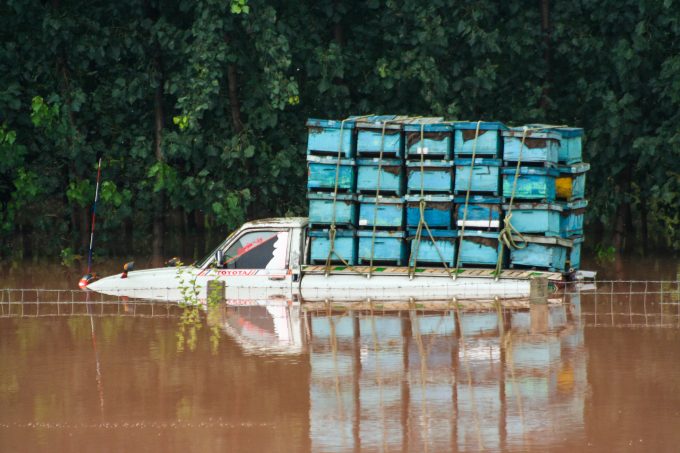 Shippers and forwarders operating in Pakistan, often to landlocked Afghanistan, that can’t move their boxes because of the floods, are facing detention & demurrage (D&D) bills of hundreds of thousands of dollars as shipping lines refuse to waive the fees.

One forwarder, Mohammed Tahir told The Loadstar: “We face massive losses due to the flood – our consignments did not reach our warehouse on time and the goods became out of season, then we faced heavy D&D charges.”

Another forwarder shared email correspondence with The Loadstar that revealed South Korea’s HMM has refused a waiver on more than $40,000 of D&D charges, without offering a reason.

Taiwan’s Yang Ming is due in excess of $100,000 and did not bother to respond to the forwarder’s request for a waiver.

HMM made profits of $4.24bn in the first half of this year, Taiwan’s Yang Ming posted a net Q1 profit  of $2.2bn and OOCL reported its best-ever first-half results with net profits of $5.7bn, even with a 7.5% fall in volumes.

Meanwhile, some forwarders and shippers are facing ruin. Mr Tahir said: “It cannot be right that these global shipping lines are allowed to make these massive charges on small and medium-sized businesses that could not return containers because of the major floods; driving them into the dust for what is a small amount of money for them, but life and death to those businesses.”

The fact that, since the freight consignments caught in the floods were transported in August, the rates have more than halved from $5,000 or more from Shanghai to Karachi, to $2,000, adds insult to injury.

The Loadstar reported claims last month that carriers were profiteering from the situation the shippers and forwarders found themselves in, and questions asked then of the three main carriers remain unanswered.

Of the three shipping lines named in this story and contacted by The Loadstar, HMM has asked for more details, but neither OOCL or Yang Ming have responded.