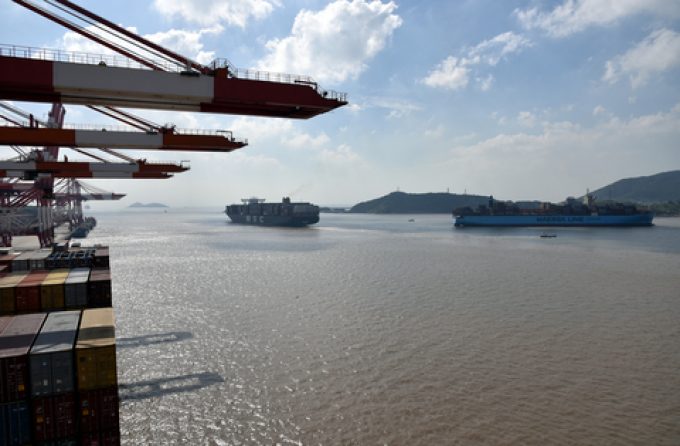 According to Southern Cross Cargo, carrier schedules are “changing rapidly”, with some vessels suffering handling delays.

“Some are in queue for a berth and some are being re-routed and missing Shanghai altogether,” the forwarder added. “Where necessary, we are taking bookings to alternative ports such as Ningbo, which is fully operational.”

Crane Worldwide Logistics said today “a lot of clients” had shifted to Ningbo, and that carriers had announced vessel delays and blank sailings for Shanghai.

“Some carriers have started to allocate more space to Ningbo, but some have not acted so swiftly,” Crane claimed.

Crane also warned customers to expect longer waiting times at Shanghai because “there are not enough longshoremen in the port, so the efficiency for loading and unloading has been impacted. Both Waigaoqiao and Yangshan ports are congested”.

He told The Loadstar: “Similar to the lockdown in Guangzhou at the beginning of the month, for any cargo with a ready date before the lockdown start date, we are still getting FCL containers packed, loaded and down to the port – as long as the suburb in question is allowed to operate and load.”

The Covid-testing requirements have resulted in fewer drivers, Mr Crook added, which has driven up the cost of inland transport.

“Customers are absorbing this cost, begrudgingly, to ensure they keep stock moving through the supply chain,” he noted.

On the other hand, Thomas Gronen, head of Greater China at Fibs Logistics, said the FCL trucking situation had turned out to be “better than expected.”

He explained: “SIPG Terminals invented a new green code app to allow easy driver access. The general slowdown and avoidance of Shanghai port has also helped with the availability of trucks/drivers.”

Meanwhile, Mr Crook said, any orders  due to be ready from the start of the lockdown would “definitely be postponed”, and he added: “We anticipate post-lockdown, similar to 2020/21, we will see a surge in shipping demand, creating upward pressure on rates and space in the second half of April and early May.

“The lockdown is having significant consequences for some customers that have made-to-order supply chains and hold zero inventory. These type of supply chains are most at risk when these large lockdown events occur, and they don’t have any stock on hand to tide over their businesses, resulting in lost sales.

“We are hoping this zero-Covid policy is reviewed, as supply chains cannot continue to absorb these impacts.”

Mr Crook also said Neolink had received an influx of airfreight requests since the lockdown began. However, little airfreight is moving from Shanghai, at least, following the raft of flight cancellations from Pudong. For example, the SCMP reported that only 28 flights had taken off from Shanghai by 5pm on Tuesday, compared with 892 on a typical day last year.