Boryspil Airport in Kiev has reopened for cargo and mail today after a 10-day embargo on shipments.

However, forwarders are concerned about its ability to handle high volumes.

Turkish Airlines, DHL and Silkway are returning to normal operations after severe congestion prompted the airport to stop taking cargo.

A “perfect storm” of labour shortages, heavy snowfall and high volumes of cargo resulted in “serious operational delays”, according to Ukraine International Airlines (UIA), and the airport placed an embargo on imports between December 23 and January 3.

“Airport warehouses are flooded with freight and there is no remaining space available to sort cargo,” said UIA in a note to customers, sending them images of the problems.

“Hundreds of import ULDs remain untouched after arrival and flights out of the airport have left empty or with minimal loaded cargo. Waiting times for some special cargo services have reached up to 16 hours and, in some cases, carriers are not operating at the airport. The tremendous backlog is anticipated to affect bookings through the rest of the year.”

Some cargo was being re-routed through Vienna.

But while the airport has returned to near-normal operations, some industry insiders have expressed concerns for the future.

“I cannot say the airport has made significant changes in the structure and handling processes, and we are afraid, as we are expecting new huge volumes,” one Kiev-based forwarder told The Loadstar.

“I am not sure we won’t have the same problems again.” 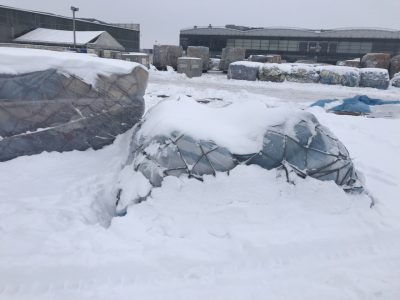 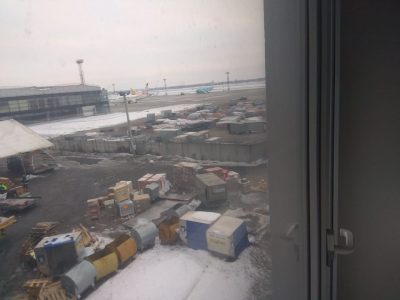 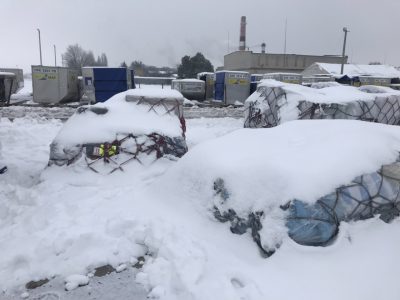 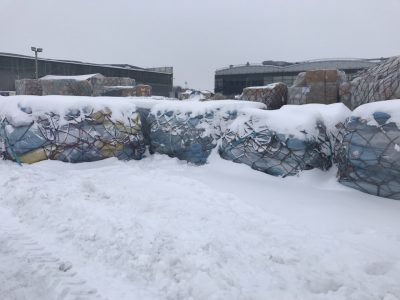 Could small pipes deliver the future of logistics?

Here’s a great little idea for solving the problems of congestion and road transport emission ...

Canadian shippers are getting nervous about the strike at CN, the larger of the nation’s ...

Airports can play a bigger role in supply chains, but must address congestion

Airports are claiming they have taken a more central role in the supply chain – ...

Why lightning strikes twice as much over shipping lanes

Absolutely fascinating article from Wired which looks at scientific research into lightning patterns that appears ...

Booming air freight exports to US a logistical headache in Vietnam

Vietnam’s booming exports to the US are causing a logistical headache for freighter operators as ...

Brexit’s continuing comedy of errors may see drivers stranded in ports on both sides of ...

Brazil’s government must streamline its tax systems to boost trade and reduce the overwhelming levels ...

The US Federal Maritime Commission (FMC) is backing proposals aimed at reforming how demurrage and ...