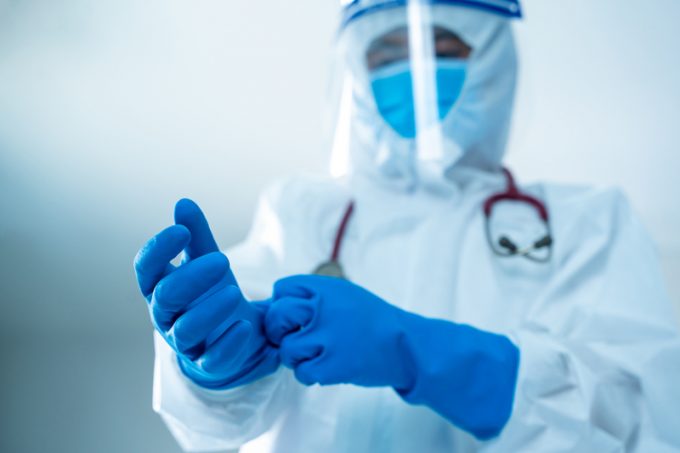 Uniserve has rejected claims it was unfairly awarded UK government contracts for PPE and has urged the media to instead congratulate the supply chain and logistics industry for its service and success.

The UK forwarding group, which also runs the Supply Chain Academy, has faced a series of questions from The Guardian newspaper and ITN News on government procurement.

Uniserve was awarded 10 contracts, worth some £777m ($1.05bn), to supply emergency PPE, global logistics, supply chain management services and professional services this year, at the height of the global rush for PPE.

Many contracts this year have been questioned because of the lack of experience of some of the companies involved, as well as their executives’ relationships with ministers. In one case, a vermin control company worth some £19,000 was given a £108m contract to provide face masks and gowns to the NHS.

There are also claims that some of the equipment procured by some companies may not have been up to standard.

However, Iain Liddell, Uniserve Group MD, pointed out that Uniserve had been approached by the government to use its network of buyers and factories worldwide as well as its supply chain management experience.

“We know every aspect of building and operating successful supply chains, including procurement, regardless of product,” he said. “We did not actively sell our procurement services, we were asked to help.”

He said when Uniserve was first contacted in March, the government said it had been experiencing difficulties in securing air freight capacity for PPE from China. Uniserve “reacted in hours and had the first shipment collected, shipped and delivered within 72 hours”.

The government then asked for respirators – which Uniserve delivered the following day, followed by “various other challenges”, and all the PPE supplied met the standards and was fit for medical use, said Mr Liddell.

He also denied he had close connections to ministers. While he has been a technical advisor on a committee and worked with a think tank, Mr Liddell said he had “no relationship or influence” over ministers. He added that the local MP, who rents an office in one of Uniserve’s locations, was not in the country until the late summer and he had had no contact with her.

Asked by the media what profit Uniserve would make from the contracts, Mr Liddell said: “We are providing a lot of different services, facilities and modes of transport across these contracts, with varying profit margin. We believe our margins are reasonable, and our profit will range between 5% to 20%, depending on the services provided.”

“The scale, diversity and complexity of these contracts are significant and the majority run in to 2021, so [it is a] work in progress.”

Mr Liddell called on the media to congratulate the companies which had managed to offer the government effective services during the pandemic, including Uniserve.

“Did we have help from anyone in the government or connected people or all-powerful contacts to get and maintain these contracts? 100% not, so no scandal here. It was achieved through hard work, skill, reputation, credibility and doing what we know and promise.

“I am proud of our business, every one of our staff and everything we have done and achieved, especially during this pandemic and for our country.”