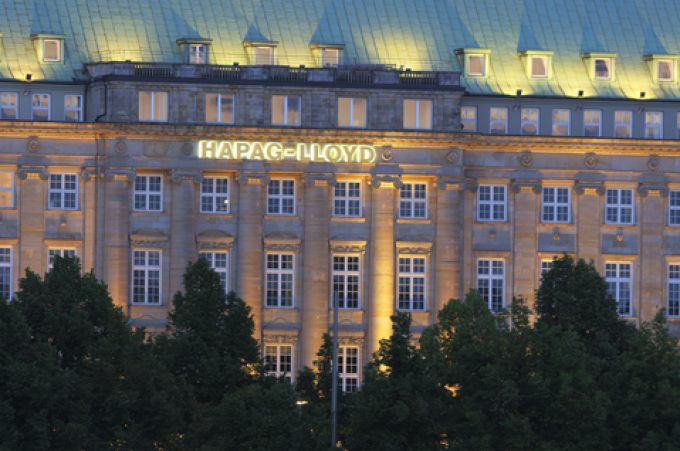 Hapag-Lloyd will see billion-dollar profits this quarter and the next, as even higher freight rates kick in across global tradelanes.

Boosted by an ebitda of $1bn, and a net profit of $463m, in the final quarter, the German carrier posted a profit of $1.1bn for last year, compared with $418m the previous year.

But it said it expected profitability to “significantly increase” this year, and has issued guidance of an ebitda of $1.8bn for the current quarter.

This morning chief financial officer Mark Frese said 70% of the carrier’s volume in Q4 20 consisted of long- or mid-term contract business, and that there would be “big increases coming through in Q1”, due to the explosion in spot and contract freight rates.

“Market fundamentals remain fairly solid, especially for the upcoming couple of years,” said CEO Rolf Habben Jansen, alluding to the industry’s historically low orderbook, nothing being delivered before mid-2023, and the balanced supply and demand forecasts.

He said: “2021 will also be dominated by the global coronavirus pandemic, and the current supply chain bottlenecks will presumably only abate significantly in the second half of the year.”

This would ensure that freight rates remained elevated for some time and, despite the operational headwinds of higher fuel and charter costs, the substantially higher contract rates that have been agreed virtually guarantee the carrier would earn substantial profits from its liner services this year, he added.

“Unlike in previous years, a large proportion of the 2021 earnings will be generated in the first one or two quarters of the year,” said Hapag-Lloyd’s investor report.

The carrier said it had deployed 52 extra loaders last year to reposition its empty equipment, and that its average container usage time had increased by around 20%, to 58 days. As a consequence, it required 20% more containers in its system to compensate for increased dwell times.

Commenting on yesterday’s announcement that Hapag-Lloyd was to acquire African trade niche carrier NileDutch, Mr Habben Jansen said he hoped that the deal would complete in the next three months. In the interim, the company would prepare for the “seamless integration” of its 12 ships and 300 staff, with the respective services integrated “over time”.

Founded 40 years ago, Rotterdam-headquartered NileDutch is ranked 40th in Alphaliner’s carrier league table, with a capacity on its owned ships of 34,000 teu and a fleet of 80,000 containers, deployed across 10 liner services connecting Africa with Europe, Asia and South America.

“Its services are very complimentary to our network,” said Mr Habben Jansen, but said potential further acquisitions were very limited, if any – “at the moment there is nothing else cooking”, said the CEO.