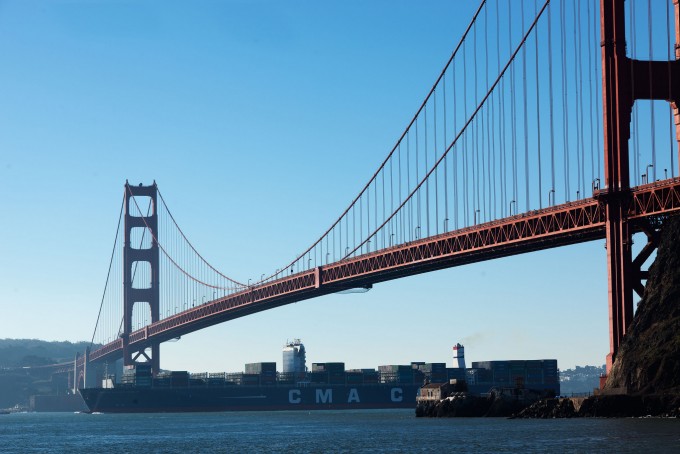 Container spot freight rates on the Asia-North America routes are set to see double-digit increases next week, according to today’s reading of the Shanghai Containerised Freight Index (SCFI)

The rises anticipate a series of general rate increases in the trade, and come as carriers are beginning to see utilisation levels rise after the traditional post-Chinese New Year slump.

“The container freight ex-Asia westbound market has slid gracefully into the end of the month, with rates losing some ground on key head-hauls.

“Carriers are pushing for strong GRIs into April and, as the week has gone on, utilisation rates have increased, with one carrier saying it had “good grounds for rate increases”.

“Utilisation rates are increasing as Chinese industry is back in full swing, but questions remain over how long the market will take to recover its pre-CNY levels, despite significant increases in capacity management along transpacific routes.”

He added: “Thrown into the mix is the fact that it is in the interest of any shipper to keep rates lower while the annual negotiations are ongoing, as these are typically reference in annual pricing. Some market participants have posed the question as to whether this is why the market is seeing such strong increases from carriers into April.”

“That’s helped balance supply with demand, and the late reprieve to March 1’s tariff increases also helped, by putting more demand back into this month,” he said earlier in the week.

In contrast, Asia-Europe carriers saw another week of rate declines: the SCFI’s China-North Europe component lost 4.8% to finish the week on $651 per teu.

And Mr Blumenthal was pessimistic about the short-term outlook for Asia-North Europe carriers.

“It’s a different story on the China-North Europe lane. Prices are currently 17% down on last year. With low capacity utilisation and more ships coming on-stream shortly, that gap will likely broaden next quarter,” he said.

On the bright side for carriers and shippers, the week saw little change in fuel costs, Mr Griffiths noted. “On the bunker fuel side, it has been a rather lackluster week, with rates moving largely sideways amid a largely stable crude complex.

“The Platts Bunker Charge 1 (PBC1) for North Asia to North Continent lost $3.69/feu on the week to $281.74/feu Wednesday – however, questions still remain over compliant bunker fuel supply towards the end of the year,” he said.